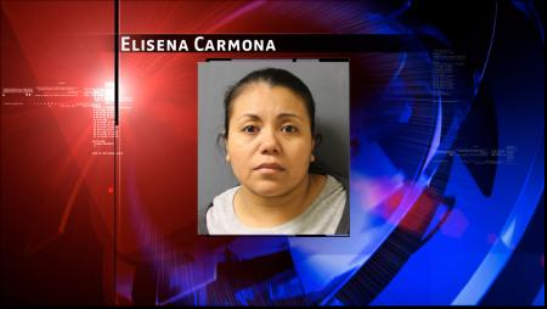 Here is another case of a child dying from abuse by an adult in Houston, Texas. ABC13 is reporting that Elisena Carmona is being charged with murder and injury to a child by omission.

According to the Harris County Sheriff's Office, detectives were called to Houston Northwest Medical Center after on Tuesday after four-year-old Lillian Fortner was pronounced dead.

Investigators initially were told Fortner fell from a chair and hit her head on Sunday but didn't show any signs of injury until she became unresponsive on Tuesday. By the time her father and Carmona took her to the hospital, she had already died.

32 year old Elisena Carmona allegedly punched her 4 year old boyfriends daughter so hard in her abdomen that she died from a hole in her small intestine.

On Thursday, Carmona was re-interviewed by detectives and that's when she allegedly admitted she became frustrated with Fortner and punched her in the abdomen.

As a result, Carmona was charged, arrested and transported to the Harris County Jail, where she is being held on bonds totaling $120,000.

What could a 4 year old child do to merit that fate?