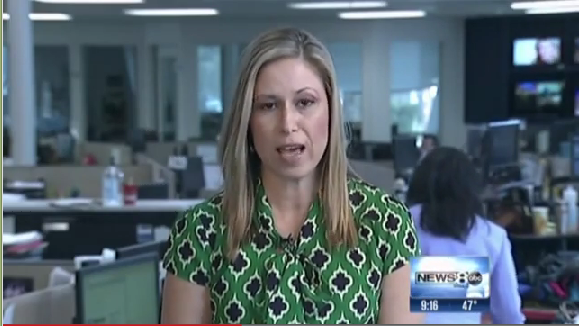 RedState Women is a new Republican PAC in Texas aimed at changing the earned GOP anti-women narrative. According to Politico,

The organization will offer web-based videos featuring both elected officials and voters that are designed to show that Democrats don’t have a monopoly on women in politics, according to the PAC’s executive director, Cari Christman.

“It’s no secret that when Ms. Davis launched her bid for governor, women participating on the Democratic side stood up and were very vocal about her actions,” Christman said. “A number of Republican women are standing up to say Ms. Davis does not speak for them. We want to change, revolutionize, the way we communicate with women in this party. To stand up and say, ‘Democrats don’t corner the market on women.’”

As the President eloquently said in the 2008 Presidential race, “You can put lipstick on a pig. But it’s still a pig.” Greg Abbott and his Texas Republican Party have effected policies that materially affect the lives of all Texans and specifically women.

If anyone doubts the PAC is a sham, they just need to listen to the PAC’s executive director, Cari Christman’s interview. She was great at rhetoric.

Cari Christman claimed that RedState Women support equal pay for women. She then said the Lilly Ledbetter Act is not going to solve the problem. She said women wanted real world solutions to the problem. Cari Christman then made a laughable statement. She said if Senator Wendy Davis was really interested in solving the problem, she would focus on job creation and access to the higher education. Can a representative of the Republican Party really counsel anyone on access to higher education and job creation when their policies are anathema to both?

When asked specifically what should be done to help women achieve pay equity Cari Christman stumbled in the most embarrassing manner. She reverted to talking points and stereotypes of women. Cari Christman’s entire incoherent statement is quoted below to ensure there was no mistake that RedState Women and the GOP’s policy prescriptions amount to hot air and double talk.

Well if you look at it, women are extremely busy. We lead busy lives whether working professionally, whether we are working from home. And times are extremely busy. It’s a busy cycle for women and we have a lot to juggle. And so when we look at this issue we think, what’s practical. And we want more access to jobs. We want to be able to go to, get a higher education degree at the same time that we are working and raising a family. That’s common sense. And we believe that that real world solution is a more practical way to approach the problem.

Ah? How does anything she said help women? Women with educations comparable to men make substantially less. Pay equity requires policy changes and enforced policies. That is why the Lilly Ledbetter bill is needed. Talk is cheap and means nothing.

The goal of RedState Women is to attempt to do what Republicans do best, misinform as they change the narrative. The women who revolted as they were being trampled by Texas Republicans will not allow that to stand. No Republican PAC funded by multimillionaires will change that. When Texas women and their supportive men revolted last spring and summer, the intent was to ensure Women would remember in November. Texas women are poised to remember.