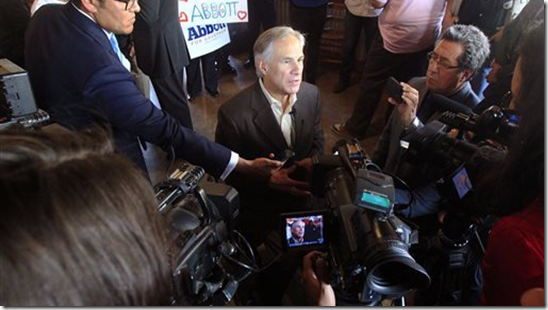 GOP Gubernatorial candidate Greg Abbott is finally taking a position on the Lilly Ledbetter Act. The Lilly Ledbetter Act extends the statute of limitations from bringing a lawsuit against an employer for paying one employee less than the other based on race, gender, or religion.

According to the Star-Telegram,

Texas Republican gubernatorial candidate Greg Abbott would not sign a measure to make it easier for women to bring pay discrimination lawsuits in state court, a spokesman said Wednesday in an apparent effort to get past an issue that has dogged the campaign for weeks.

Abbott, the state’s current attorney general, previously refused to take a position on the proposed law known as the Lilly Ledbetter Act, which extends the statute of limitations for bringing lawsuits when an employer paid a person less because of their gender, race or religion.

“Because wage discrimination is already against the law and because legal avenues already exist for victims of discrimination, Greg Abbott would have not signed this law,” campaign spokesman Matt Hirsch told The Associated Press on Wednesday.

Greg Abbott is likely trying to get out all the information on the GOP’s poor record on women all at once. After-all, the female surrogates he sent out made the problem worse. Cari Christman when asked, what was the GOP’s alternative to the Lilly Ledbetter Fair Pay bill, she implied women were too busy and were more concerned about higher education and jobs. In a different interview the Executive Director of the Texas Republican Party, Beth Cubriel, said women were simply not good negotiators and needed to become better negotiators instead of asking the court for relief.

Greg Abbott may be hoping that after the current storm all the data will be out.