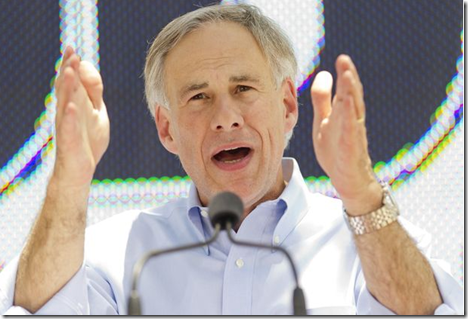 Anglo assistant attorneys general outnumber their minority counterparts by more than 3-1, an analysis by the San Antonio Express-News of payroll data from the attorney general’s office shows.

Additionally, they earn more than $5,500 more in base salary, on average, than do minority assistant attorneys general.

Attorney General Greg Abbott, the Republican candidate for governor, has led the office more than 11 years.

Greg Abbott has been running the Attorney General’s office for over 11 years. He must accept responsibility for this type of disparity. The following findings puts a much more sinister perspective on this systemic problem.

Overall, across the agency, Anglo employees earn an average base salary of nearly $56,694 a year, compared to an average of about $42,000 a year for African-American and Hispanic employees. That comparison doesn’t take differing job descriptions into account. …

Anglos account for 75.5 percent of the assistant attorneys general. The disparity widens as you move up the salary ladder.

Of the seven different pay grades for assistant attorneys general, Anglos make up 63 percent of lowest classification, which is comprised almost entirely of recent hires.

The highest, best-paid classification of assistant attorney general is comprised almost exclusively Anglos: of the 21 members, just one is a minority.

Texas is a state that is over 55.6% minority. That his office is 75%+ Anglo presents the reality of a fairly monochromatic Republican party. The party has always attempted to push back when one mentions their insensitivity and otherwise racist tenets. The outcomes of their policies is probative. An Attorney General office that reflects the party’s lack of diversity is probative.

Greg Abbott and his ilk would do well to recognize that Texans of all stripes, cultures, ethnicities, races, and religious beliefs are taxpayers and spenders. The vibrancy of Texas is theirs, not his party’s.