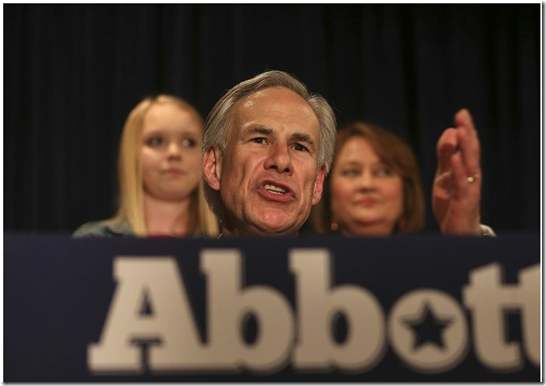 With the release of the pay scales at the Attorney General’s office it is not hard to see why. Would his office be in compliance with the law?

Equal pay for women is in the spotlight of the Texas governor’s race, and figures from Attorney General Greg Abbott’s state agency show most female assistant attorneys general make less on average than do men in the same job classification.

Abbott’s office said the difference is explained by the amount of time that the men have been licensed as lawyers and have served at the agency.

But drilling down into different classifications of assistant attorney general, the figures provided by Abbott’s office show there isn’t always a direct correlation between such experience and pay.

And of the top 20 highest-paid employees at the agency, just three are women, February salary figures provided to the San Antonio Express-News show. Of the 100 top positions, 37 are held by women.

Greg Abbott continues the trend of lower wages for women.

It turns out that the average salary paid to men is $60,200. The Average salary paid to women is $44,708. In other words, women in Greg Abbott’s Attorney General offices make 74.2 cents on the dollar. Of course in the eyes of the GOP the cause may be that women are too busy to care about wages. Or just maybe women are poor negotiators. That is what two of Greg Abbott’s surrogates had to say when discussing pay equity and the Lilly Ledbetter Fair Pay Act recently.