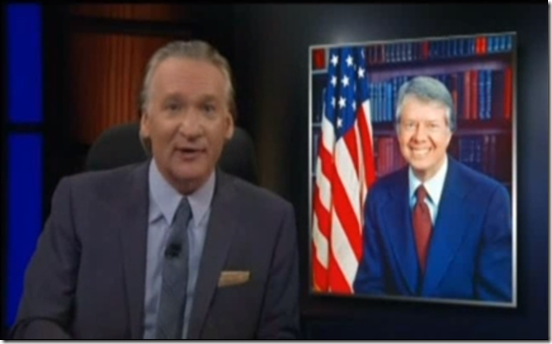 Political parties go through transitions. When Americans sour on one, they elect the other. Even with all the tough debates, except for short lapses (McCarthy era, etc.) the debates kept the country from extremes.

Over the last forty plus years an orchestrated and successful effort to create Think Tanks that enabled corporate supremacy and directed misinformation were achieved. That allowed a dishonest politics that has most politicians cowering from touting their legitimate good deeds. They fear the attacks that would be forthcoming.

Last night’s Bill Maher in his generally amusing and somewhat caustic manner had a prescient message for Democrats. He suggested that they take credit and campaign on Obamacare. After-all, when the caricature is removed and Americans are told about the components of Obamacare, they love it.

Last week in this space I congratulated Democrats for finally learning how to use the right words to sell their idea. This week I am going to ask for something in return, that they actually own those ideas. Stand your ground.

When a Tea Partier says Obamacare is a government takeover, say, I wish, because that would mean Medicare for all. And you know Medicare is hugely popular in America. So let’s see, getting behind something that is hugely popular for all. No, too hard to sell.

A year ago Kaiser polled Americans about what they thought about Obamacare’s individual provisions. 80% liked the idea of exchanges. 76% liked kids staying on their parent’s plans. 71% liked Medicaid expansion. 2/3 liked the ban on pre-existing conditions. Half the people in the survey were like, hey, why don’t we get Congress to do those things? You mean the things the Democrats had done but are keeping it a secret?

No wonder the Republicans have such an easy time selling their argument about Obamacare which is basically, hey we tried it. It was a big failure. How about volleying that one back with, — “What? We’re still signing people up for Christ sakes. How would you even know if it’s a failure?

What we do know is that Sarah Palin and Rick Santorum said it would kill their children. No, you guys are thinking of assault rifles.

We also know that in 2010 Republican Senator Tom Coburn said there would be no insurance industry left in three years — Always the drama queens. The Republicans run ad after ad of Obamacare horror stories. Where are the success stories from the Democrats? You just need someone who’s seen a gynecologist, not Bigfoot.

Shoot a college kid on your phone, “Hi, I’m tony. I got the clap on Spring Break. Good thing I was on my parent’s plan because it doesn’t hurt when I pee. Thanks Obamacare. It’s not like you’re trying to sell a Vince Vaughn movie. This is a good thing.

And while we are on the subject on the Democratic Party owning what they should be proud to own, this guy is a perfect example. Jimmy Carter is a perfect example of how Democrats meekly go along with the Republicans when they create a false meme like Carter’s failed presidency. Failed by whose standards? We may not have had a great economy in the 1970’s but I’ll tell you something else we didn’t have, a war. Carter was branded a wimp but the real wimps are Democrats who never had his back for the achievement of never firing a shot while in office, and the courage of being the last president who asked America to sacrifice. And yet when Obama talked fondly about a president from his youth, he cites Reagan as an inspiration. But Obama is supposed to be an environmentalist. He should be inspired by the president who put solar panels on the Whitehouse roof. Not the president who came after him and tore them down because he thought the sun was interfering with Nancy’s astrology.