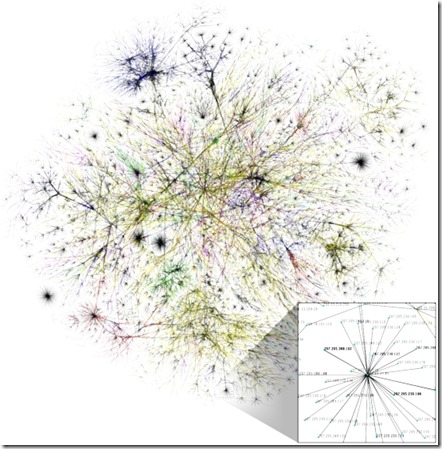 This week Net Neutrality was once again placed on notice. The door is being opened to a privileged network. Those with money may be afforded the ability to smooth speedy access while those without, marginality. The Internet is an integral part of American life. It is how we communicate. It is how we entertain ourselves and others. It is how we do business. It is a utility and should be regulated as such with equal access for all.

The encroachment on our liberty continues. This is not one of the standard Right Wing Tea Party “don’t tread on me” baseless phrases. This one is real. It is not the government overtly treading on us. It is government policy paid for by the plutocracy legalizing the theft of our democracy by all means necessary. It is the rebirth of the American Oligarchy.

It is no longer just a feeling or conjecture that we are losing our democracy. This week the Washington Times reported about a new study that revealed as much.

In the study, “Testing Theories of American Politics: Elites, Interest Groups and Average Citizens,” researchers compared 1,800 different U.S. policies that were put in place by politicians between 1981 and 2002 to the type of policies preferred by the average and wealthy American, or special interest groups. …

“The central point that emerges from our research is that economic elites and organized groups representing business interests have substantial independent impacts on U.S. government policy, while mass-based interest groups and average citizens have little or no independent influence,” the study found.

The study also found: “When a majority of citizens disagrees with economic elites and/or with organized interests, they generally lose.”

JP Sottile writing for Consortiumnews.com puts it even more gravely.

These findings are more daunting when we consider that the study’s data-set ends before Citizens United, the sanctification of money as constitutionally-protected speech and the growing post-crash spike in inequality. But one word the authors did not use to describe the ruling class was “oligarchy.”

Americans want a democracy. Americans believe they still live in a democracy. They believe this because those that control the airwaves, the print media, and most means of communications continue to promote that fallacy. Inasmuch as most Americans know there is something wrong, they cannot grasp it. The traditional media as arms of a plutocracy won’t tell.

The implicit loss of freedom based on a void of causal information is a house of cards for the middle class. At the end of their struggles there is nothing left and most do not know why. That is what the plutocracy depends on.

A few months ago I co-authored a Move To Amend piece titled “Is Net Neutrality Really Necessary? You’re Damn Right!” In the piece we stated the following.

News channels on both radio and television inundate Americans. Yet, on any given day, the political narrative on every TV and radio station seems to follow the same narrow topics. Where are the stories about the Trans-Pacific Partnership, China’s investments in Africa, the persecution and death of Aaron Swartz, the continuing fallout from Fukishima, and dozens of other under-reported or ignored stories?

When six corporations control more than 90% of media communications, the media does not inform, it indoctrinates. Corporate media provides selective information, often unreliable, for the express purpose of controlling public opinion, rather than informing it. The mainstream corporate media giants cannot be trusted to accurately report political corruption or collusion.

Many view the channelization of the Internet between premium traffic and standard traffic as yet another income stream for big business. Others actually support it under the flawed belief that one should have the right to pay for faster more reliable service if they so desire. That is flawed thinking if one considers the Internet a road. Would you want to force poor and middle class people to drive 40 miles when the rich are afforded unlimited speeds? More time forced to be on the road is less time available to amass income and wealth, a self-perpetuating demise of progress. The same applies to the Internet.

There is however a more sinister concern, the distribution of news and information. Now more than ever Americans are responsible for finding their own sources of fact-based information. Most of this information can only be found via independent websites and blogs. These alternative sources provide non-corporate written news, podcasts, and videocasts. The Internet is their basic transport.

The tenets of net neutrality are vital. All data packets must be treated equally throughout the Internet. Specific services like streaming, file transfers, etc. must not be restricted. Websites cannot be blocked by ISPs.

People’s movements are dependent on the Internet and social networks, using video and audio communication tools like Skype and Maestro. They transmit live feeds via tools like UStream. The world was provided video in real time from Occupy Wall Street, the Iranian Green Movement, and the Arab Spring. The potential change in regulations put these all at risk. These efforts will be futile unless the Internet is recognized for the utility that it is and places ISPs under the same scrutiny as telecommunication utilities. Absent this it is not democracy at risk but the end of democracy.