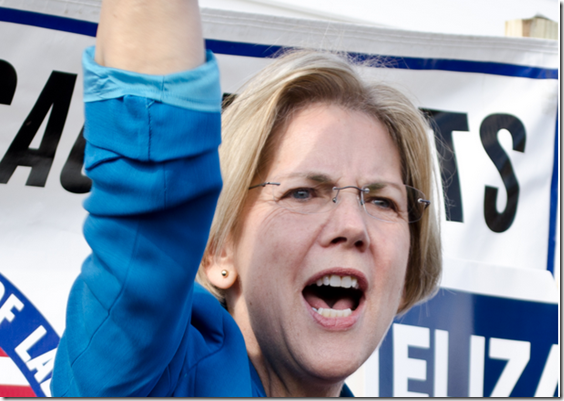 President Obama made it clear that he is taking actions he can legally take to assist with his executive order. He reiterated that Congress must act in order to make more substantive change.

The fact is many Americans have predatory private student loans as well. No executive order can cover those. Congress must act.

Elizabeth Warren continued her fight for the working poor and the working middle class. She introduced the Bank on Students Emergency Loan Refinancing Act. The president expressed support for the Elizabeth Warren bill. “So you’ve got a pretty straightforward bill here. And this week, Congress will vote on that bill,” President Obama said. “And I want Americans to pay attention to see where their lawmakers’ priorities lie here: lower tax bills for millionaires, or lower student loan bills for the middle class”

The politicians in the Senate showed where their loyalties were yesterday. A majority voted for the bill. It did not however meet the filibuster proof threshold of sixty. 38 Republicans voted against the bill. Minority Leader Mitch McConnell (R-KY) said the bill isn’t really about students but about a Democratic campaign issue. The statement is false as it would immediately allow Americans to refinance their student loans which would save them money. This would provide them more disposable income. It should be noted that Senators Susan Collins (R-ME), Bob Corker (R-TN), and Lisa Murkowski (R-AK) voted for the bill.

What every American should know is that the federal government makes large profits from the interest paid by Americans for their student loans. In fact, part of the deficit is being paid for on the backs of American students and those with student loans in the form of relatively high interest rates.

When the president signed the executive order on Monday he said, “I don’t know, by the way, why folks aren’t more outraged about this”. Americans must not only be outrage, they must do something about it. House Majority Leader Eric Cantor’s (R-VA) defeat is illustrative. When American citizens decide to vote, they can move mountains irrespective of the plutocracy’s money.