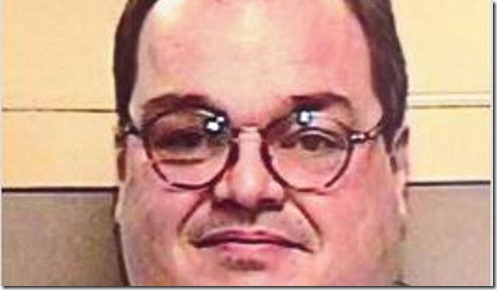 Rickey Wagoner, a 320-pound, 49-year-old bus driver working for the Dayton, Ohio transit system decided that he was going to lie himself into national prominence. Rickey Wagoner claimed that he was attacked by three hooded black men on February 24th, 2014. He claimed they shot him and stabbed him. Rickey Wagoner said two bullets struck a copy of “The Message” a modern day New Testament.

According to Freak Out Nation,

The original story Wagoner told the police was that he’d been attacked around 5:20 a.m. on February 24th by three black teens in hoodies, their faces covered by bandanas, after his trolley had an electrical problem and broke down.

According to Dayton Daily News, the Dayton bus driver told police that he heard one suspect tell another that he must kill him, “if you want to be all the way in the club” and that they were there to “shoot a polar bear” — street lingo for a white person. Wagoner told investigators that the shooting may have been gang related.

Police became suspicious because Rickey Wagoner was not winded even having said he fought with the hooded black men. They believed he staged the attack. They recovered the knife that he claimed he used to stab an attacker. It only had Wagoner’s blood and DNA. The police believe he also shot himself and shot the Bible on the asphalt.

Wagoner is a ten year veteran of RTA with an excellent work record. It seems the miracle that occurred here is that Rickey Wagoner got caught. The city’s Regional Transit Authority began the process of firing Wagoner on Wednesday.

Cameras and mics do not lie

It is sad that there is one group of people that seem to be the catchall for scapegoat criminality. It seems black men have that distinction.

Then there was Susan Smith who drove her car into a lake killing her kids and accusing a black guy of hijacking her car. Brian Wells and friends placed a bomb around his neck in order to rob a bank. He claimed black men took him hostage and placed the bomb around his neck. Bonnie Sweeten who swindled her employer and family, faked her kidnaping. She accused two black men of perpetrating the crime. When will it end?