A few weeks ago I went to Netroots Nation 2014 and was interviewed by a McClatchy  reporter. Of course she chose the most simple statement I made and did not use any of the analysis I gave her on Elizabeth Warren v. Hillary Clinton.

Sen. Warren is tribune of left and its fondest White House wish 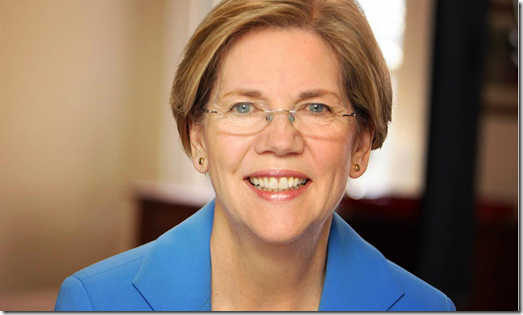 DETROIT -- “Is this the line for the groupies?”

Amanda Knief asked the question with a laugh, but liberal fervor for Sen. Elizabeth Warren runs deep, as evidenced by the fans who’d gathered some 90 minutes before the Massachusetts Democrat took the stage in Detroit recently at the nation’s largest gathering of liberal activists.

Volunteers with a group that’s hoping to convince Warren to launch a bid for the White House handed out “Warren for President” stickers and hats. As the senator signed copies of her latest book, “A Fighting Chance,” supporters pressed her to consider a run in 2016.

“She represents the conscience of America,” said Monica Lewis Patrick, 48, a public policy analyst in Detroit.

She cited Warren’s unabashed criticism of the banking industry, which the senator charges duped homeowners and helped spark the financial crisis.

Knief, 37, a public policy activist, said Warren was inspiring a new round of activism.

“She makes us think, ‘We can do this,’ ” said Knief. “She’s out there making things happen.”

A former Sunday school teacher, Warren delivers populist stemwinders with confrontational rhetoric. She speaks more like an activist than a politician, decrying “sleazy lobbyists” and their “Republican friends in Congress,” along with rapacious corporations and big banks that she says “swagger through Washington” focused on squashing any effort to regulate them.

For liberals and many who feel left behind by an economy that’s supercharged Wall Street but done little to lift salaries, the subjects of Warren’s ire are fitting targets.

“Most of our politicians are preoccupied with raising money, much of it from Wall Street,” said Egberto Willies, 52, a Houston blogger and software developer. “We finally have a politician who truly believes and advocates for the middle class.”