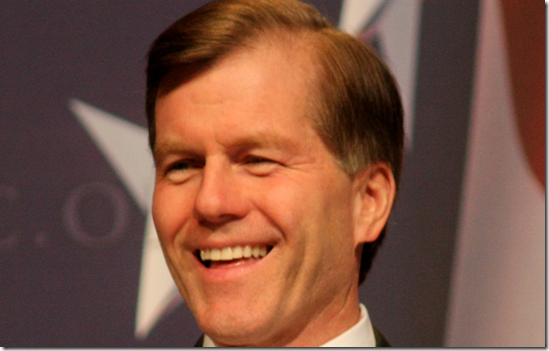 To think this guy was being groomed for President of the United States and was on the Republican vice-presidential list.

MSNBC.com is reporting the following.

A jury has reached a verdict in the corruption trial of former Virginia governor Bob McDonnell and his wife Maureen.

So far, both McDonnells have been found guilty on at least one criminal count – conspiracy to commit wire fraud.

The charges stemmed from over $165,000 (in the form of gifts, trips and a loan) the couple received from Jonnie Williams, the former CEO of dietary supplements maker Star Scientific Inc. Williams testified under immunity that he gave money to the McDonnells to secure their help promoting and obtaining state-backed research for Anatabloc, Star’s tobacco-derived anti-inflammatory drug.

uring his trial, Bob McDonnell claimed he never granted special favors to Williams. ”I misjudged Jonnie Williams. I thought he was a true friend. I had no idea he would come into federal court and make false statements about me,” McDonnell told The Virginian-Pilot in August.