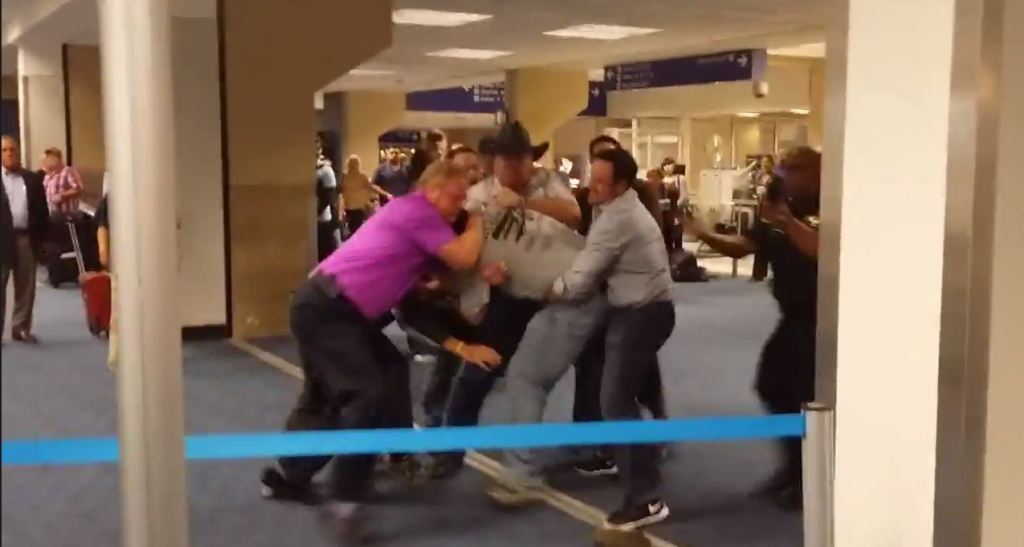 The video below was a pleasant surprise. Specifically because it occurred in Texas. Why? The current crop of politicians show an insensitivity to many of the ‘others’ including gays. In fact the current attorney general, Greg Abbott who is running for Governor is on a crusade to defend Texas’ ban of marriage equality.

A few hours ago I wrote a post about the Mayor of Houston, Annise Parker. She is gay and was legally married to her longtime mate in California a few months ago. Their daughter had to make three attempts at getting her drivers license because Texas is a state that does not recognize same sex marriages. Her birth certificate showing two mothers was problematic even thought the Texas Department of Public Safety subsequently denied the birth certificate as the genesis of the problem. Had she had a ‘conventional’ birth certificate would there have been a problem. That is doubtful.

Anyhow, in the video below a man was being abusive towards a seemingly gay man. He was disrespectfully calling him names and touting false patriotism and Americanism. Did he not realize that he is everything civil Americans are trying not to be?

A small crowd started to build likely believing an incident would occur. Lo and behold the gay bashing homophobe kicked and punched the gay man. The hat wearing cowboy and the other good Samaritans immediately got involved. They protected the victim and tackled the homophobic man.

The video ultimately showed several things. It showed people reacting in a humane way to protect a citizen being victimized. Secondly it showed police officers very much under control. Inasmuch as the homophobic man seemed ready to go racial, they kept their cool and maintain undeserved respect for this assailant..

All around this video gives one hope. There are still a lot of good people out there. Even as some Texans and Americans reflect the insensitivity and vile of some in government, most are willing to do what is right.