Canadian writer/author William Thomas wrote this article a few years back in which he was perplexed about how Americans could be so disrespectful to President Obama given his accomplishments and world stature. Canadian Richard Brunt from Victoria, British Columbia wrote the following letter to the editor that was printed by the Detroit Free Press. 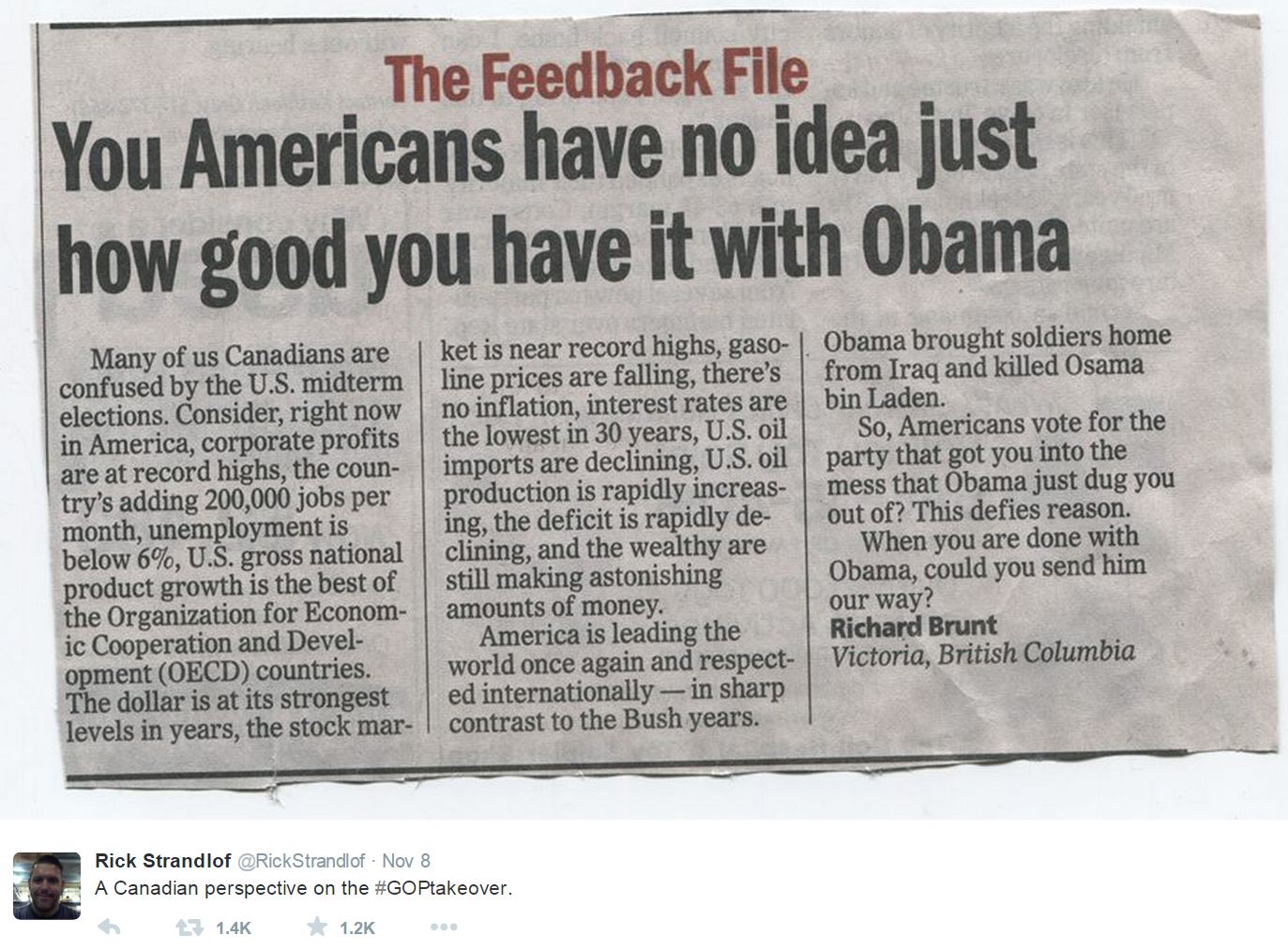 Many of us Canadians are confused by the U.S. midterm elections.

Consider, right now in America, corporate profits are at record highs, the country’s adding 200,000 jobs per  month, unemployment is below 6%, U.S. gross national product growth is the best of the Organization for Economic Cooperation and Development (OECD) countries.

The dollar is at its strongest levels in years, the stock market is near record highs, gasoline prices are falling, there’s no inflation, interest rates are the lowest in 30 years, U.S. oil imports are declining, U.S. oil production is rapidly increasing, the deficit is rapidly declining, and the wealthy are still making astonishing amounts of money.

Obama is in for a rough ride with Congress under Republican control America is leading the world once again and respected internationally — in sharp contrast to the Bush years. Obama brought soldiers home from Iraq and killed Osama bin Laden.

So, Americans vote for the party that got you into the mess that Obama just dug you out of? This defies reason.

When you are done with Obama, could you send him our way?

Early on in President Obama’s administration, the world watched as the GOP launched an unprecedented attack on his presidency. It should not be forgotten that his first inauguration day, Republican leaders met to discuss how their method of complete obstruction.

The entire sabotage is detailed in Robert Draper’s book ‘Do Not Ask What Good We Do: Inside the U.S. House of Representatives‘ Then there was also Mitch McConnell statement that the singular goal of the Republicans was to make President Obama a one term president.

The American media has been derelict in its duty as they report. They have resorted to false equivalencies. This has misled Americans into voting consistently against their own interest.