Are we ready for Elizabeth Warren” 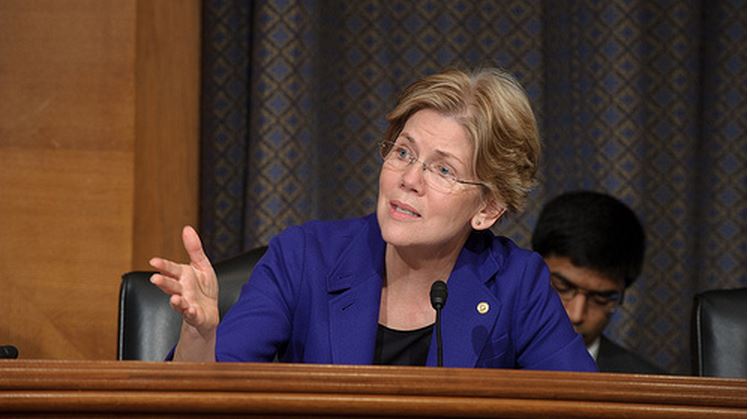 The Democratic establishment is firmly behind Hillary Clinton. Polls indicate that rank and file Democrats are solidly behind her. Why? Because they likely believe Hillary Clinton is inevitable. Inevitable does not necessarily mean that it is best for America. Does it?

Hillary Clinton is as inevitable today as she was in 2008. It is true that in the subsequent 7 years as Senator of New York and Secretary of State she has garnered much more experience and stature. Hillary Clinton’s ‘3 AM phone ringing in the White House‘ ad proves that Americans do not necessarily look for that kind of experience when choosing a President.

Americans want a vision. Then Senator Obama gave millions of Americans a vision of what an America as envisioned by him could be. While not completely realized, he has laid much of the infrastructure for that vision.

The question one must ask is whether Hillary Clinton share the same vision that most Americans hope for. Over the last few months that was placed into question. MSNBC’s Krystal Ball did the piece “Don’t Run Hillary, Don’t Run” where she literally begged Clinton not to run because she believed her moment has passed and that Clinton had pretty much forgotten about what the middle class is.

Krystal Ball then did the piece “Run Elizabeth Warren Run” where she showed that Elizabeth Warren is in lockstep with the American citizens. The question is, will the media do their jobs in allowing Americans to see candidates for who they are as opposed to who the plutocracy makes them out to be for their own purposes.

Moveon.org has started a campaign to encourage Elizabeth Warren to run. They collected over 200,000 signatures. They are well on their way in Iowa. Democracy for America (DFA) has begun organizing in New Hampshire. Will these organizations be successful in creating the grassroots movement necessary to create an Elizabeth Warren Candidacy? We will see.

Politics Done Right on 90.1 FM KPFT will be discussing this with Democracy for America Executive Director Charles Chamberlain. If you are outside of the Houston/Livingston/Galveston metropolitan are, you can listen here.