This is the epitome of a good police officer 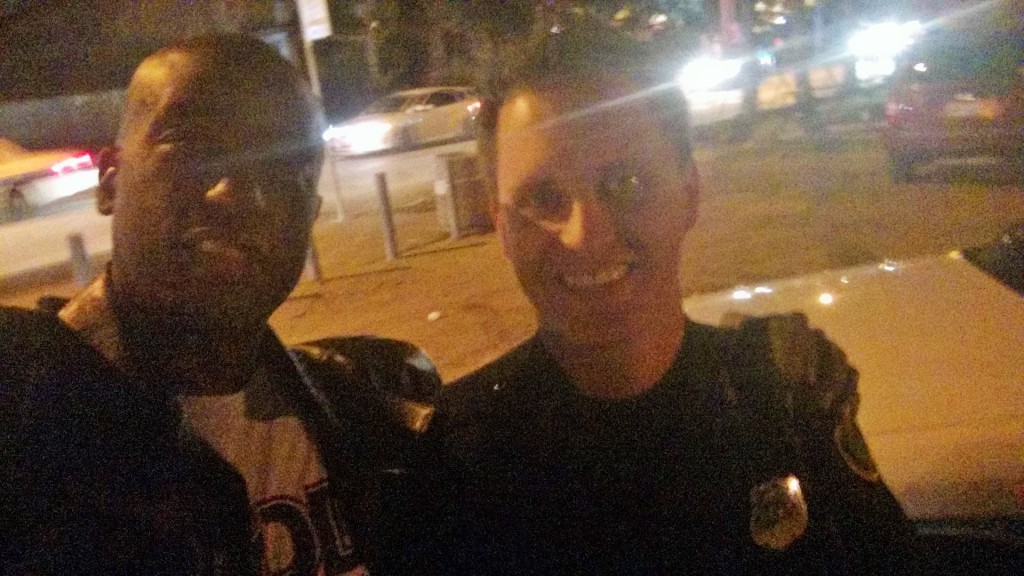 Update 1:
I just received an email from the Houston Police department. The name of the officer is Chad Minton. As a result of this blog Officer Chad Minton received a written citizen commendation.

It was a very very long day. I had a couple of blogs to write first thing in the morning. After going to bed around two thirty in the morning following my midnight exercise routine — I am doing midnight workouts this week. Ultimately my morning blogs did not get done as I had to attend to an outstanding call with a Move To Amend affiliate that lasted an hour and a half.

After the call I got one blog post done. Once again the phone rang. This time it was one of my new Right Wing Conservative friends. “Egberto, can we meet on Saturday with a friend of mine” she asked. “We want to discuss the concept of a Left vs Right vlog cast.”  After that fifteen minute segue, it was time to re-calibrate.

By then it was time to monitor the President’s speech on violent extremists. Just as I was about to process the video and blog the event, my phone rang. It was a thirty minute call with one of our local Move to Amend affiliates.

After the call I processed the video of the President’s speech. It was then blogged and posted to my blog, to the DailyKOS, and to the Coffee Party USA Facebook page.

Soon after it was time for the one hour Coffee Party News Room conference call where we discussed the types of news we would be covering during this week. Immediately following that was the Coffee Party USA board of director’s conference call. After half-hour the call was placed on speaker and on mute. It was time to jump into the car and head out to engineer Mike Honig’s ThinkWing Radio show at KPFT 90.1 FM.

The conference call continued right up until I entered downtown Houston. I was very tired. Then it happened. I got off the phone about a mile from the KPFT 90.1 FM studios. Suddenly I saw the flashing lights of a police car behind me. It simply could not be me. Right? I moved over to the side in a bus stop.

The cop pulled in behind me. Damn. It’s me. “Move into the next parking lot,” The officer said through the loud speaker. It was one of those very dark empty parking lots off of Westheimer. Now will this be my DWB (driving while Black) moment with an ‘accidental’ trigger happy cop? My car has all kinds of Liberal stickers on it and also an Obamacare sticker. What kind of attitude will the cop have?

I tried to stay as close to the main street as possible. It is a shame that I did not know what I did but had a palpable fear that actually surprised me. I rolled down my windows and kept both hands on the top of the steering wheel. I could see the officer approaching my car with a bright flashlight from the back drivers side very cautiously.

He then shined the light inside the car and then on my sticker. “Do you know why I stopped you sir?” the officer asked.

“You crossed over two lanes,” the officer said.

“I did not even realize that sir,” I responded.

“May I have your license and insurance please,” the officer asked.

“My license is in my wallet in my back pocket. Is it OK to take my right hand off the wheel and get the license sir?” I asked.

“Yes sir,” the officer responded with a slight smile.

I was feeling a bit less apprehensive. This officer was displaying a professionalism and respect I had seldom received from any police officer. The officer walked back to the patrol car and stayed there about 10 minutes. I got a bit concerned. I hope the computer system was not screwing my data up with some felon or something that would then change things.

The officer came back to my car.

“I am just going to give you a warning sir. Please note that you gave me an expired insurance card but I checked and your insurance is up to date,” the officer said. “Please make sure to keep an updated version.”

I still did not know exactly what the traffic violation was for or where it had occurred. Just before the officer walked back to his patrol car I asked him exactly what I had done. He said I switched two lanes within an intersection and a car behind me had to slow down or swerve or something. He said he would not have stopped me had the other car not been there. I really had no clue. I guess the tiring day did have some effect on my cognitive skills.

Turns out this officer could have written two tickets. He used his discretion for which I am very appreciative.

I started to leave the parking lot. He was still behind me and I stopped and waved at him. He came out of the car. 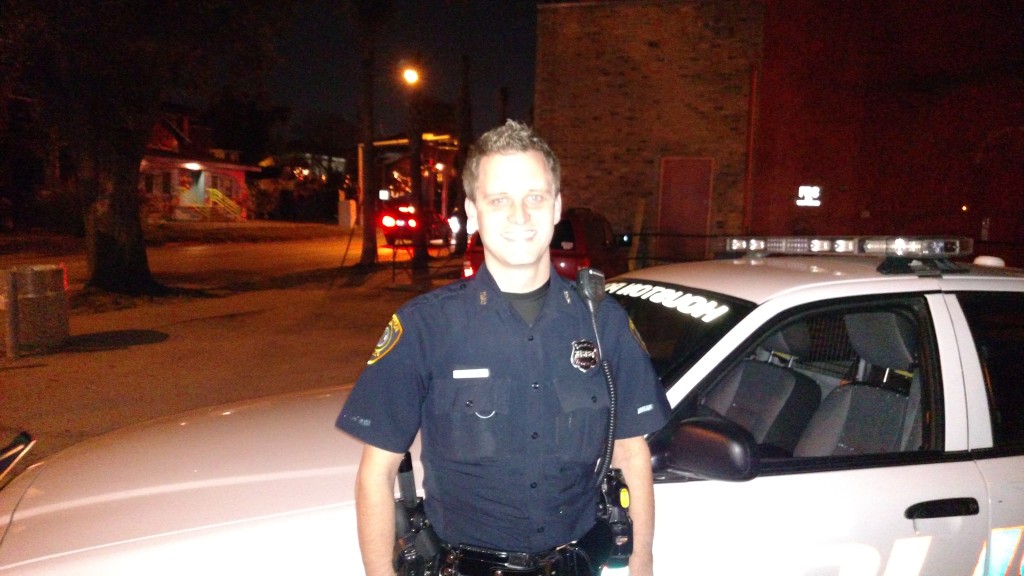 “Hey officer, let me commend you for the professionalism and respect you showed me,” I said. “I have never received this level of treatment from a cop before. I am a blogger and will be writing about this. Is it OK if I get a picture of you?”

“Yes it is OK,” the officer responded.

I got out of the car “slowly” showing him the camera phone. I asked him to stand at the patrol car. Then I said. Let’s take a selfie. He said OK and we did. I then got back into the car and headed to the studio. I got there with just a few minutes to spare before the ThinkWing Radio show started.

Why did I write this? I have written many posts slamming police officers for the many bad things many have inflicted on many Americans and specifically Black and Brown men. I never tried to paint all officers as bad. For all the good cops out there I feel a responsibility to report their good acts as well. This was definitely one.

I am only sorry that I did not get the officer’s name. I was in a hurry and thought that the photograph would have had a clear picture of his badge. It did not. I hope a reader recognizes the officer and sends me the name so I can update this blog post.