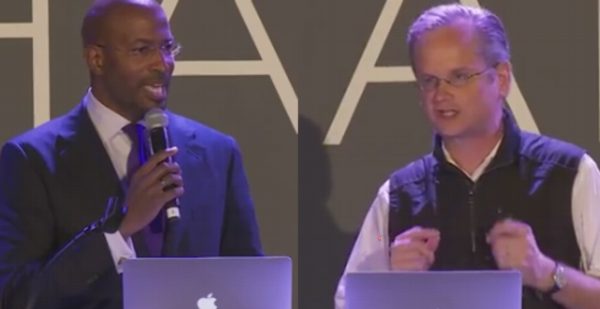 On Monday night Van Jones introduced Lawrence Lessig at the Mayday Pac event “An Evening With Lawrence Lessig In NYC.” He told the audience that inasmuch as Elizabeth Warren has said she is not running, the possibility still exists.

Lawrence Lessig is the co-founder of Mayday Pac and a Harvard Professor. He made a passionate case for “Run Warren Run.” It was as if he was willing Elizabeth Warren to run. If she is listening one wonders what would be her reaction.

Lessig expressed respect and nothing but admiration for Hillary Clinton. He implied that what Hillary Clinton brings to the table is not what’s needed now. He said what Elizabeth Warren brings is the power of her convictions. More importantly everyone believes her.

Elizabeth Warren does not bring all of the baggage that Hillary Clinton brings. An Elizabeth Warren candidacy will keep the debate much more on issues than on personalities.