We The People Amendment Introduced in Congress 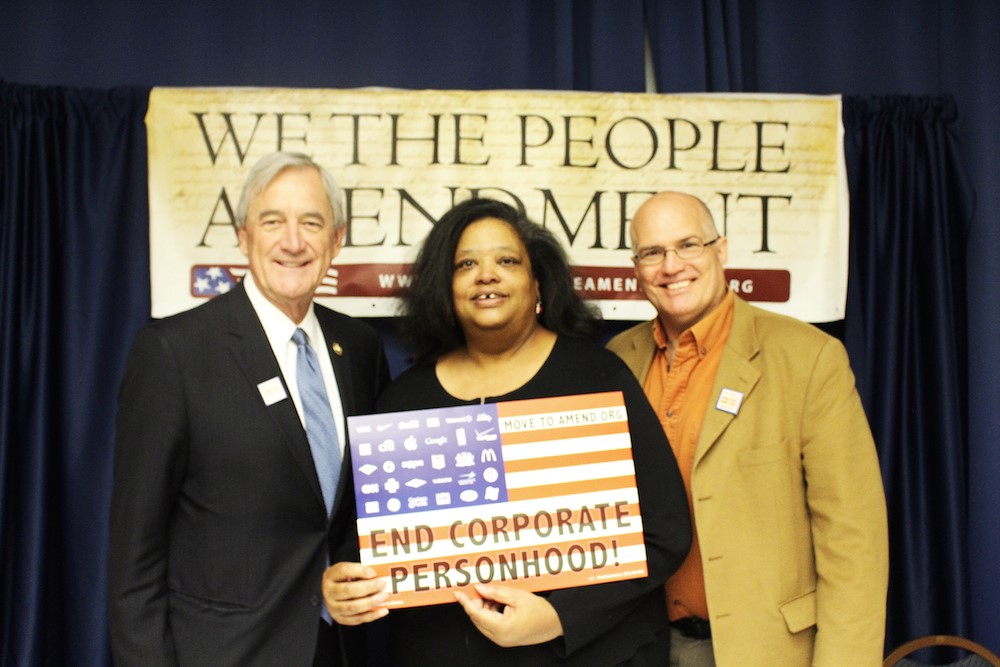 The We the People Amendment — House Joint Resolution 48 — is the only amendment that deals with both Supreme Court doctrines that grant constitutional rights to artificial entities and that define spending money as free speech.

There are still many steps along the way, but this is a major milestone for the movement to amend!

Move to Amend will not now become a Congressional lobbying effort (not at this point). In fact now more than ever it is critical that we reach and educate the American people — letting them know that there is a movement to get corporations out of our Constitution and big money out of our political process, and getting them involved.

What you can do:

We are proud of this significant success, but you won’t see us resting on our laurels in the weeks and months to come. We know there is still work to do to ensure victory and we know you are with us to see it through to the end. Thanks for that!