Rand Paul triangulating Hillary Clinton and no one is noticing

Rand Paul is playing chess while all the other candidates including Hillary Clinton and Bernie Sanders are playing checkers. The polls won’t show any of this because the masses are not yet paying attention. But bases are being built by all candidates.

Rand Paul is hitting many of the policies of the Republican Party that liberals & moderates dislike. He is ingratiating himself with many unlikely Republican allies by tackling social justice issues.

A few months ago I wrote the piece “Don’t laugh but Rand Paul could be our next president” illustrating the Rand Paul strategy that for a few exceptions, he has been very consistent and disciplined in following. I also wrote the piece “Can Hillary Clinton win with all the old and new baggage?” that examined not her competency but moves that allowed for easy misinterpretations.

The following Rand Paul exchange with Joe Scarborough is no accident. It is part of the chess strategy he is using. 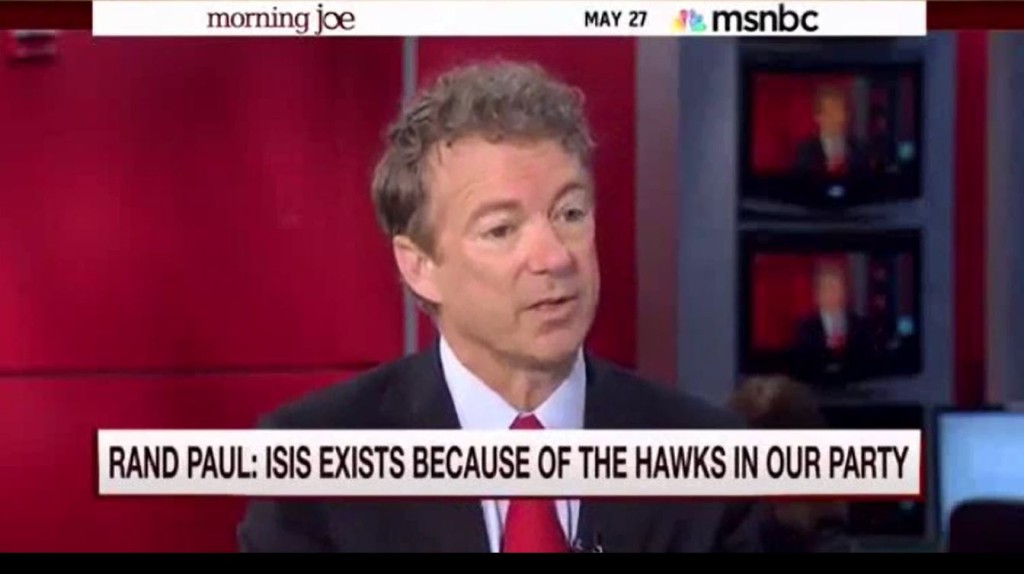 “Lindsey Graham would say,” said Joe Scarborough. “ISIS exist because of people like Rand Paul who said ‘let’s not go into Syria’. What do you say to Lindsey?”

“I would say it is exactly the opposite,” Rand Paul said. “ISIS exist and grew stronger because of the hawks in our party who gave arms indiscriminately and most of those arms were snatched up by ISIS. These hawks also wanted to bomb Assad which would have made ISIS’ job even easier. They created these people. ISIS is all over Libya because these same hawks in my party loved Hillary Clinton’s war in Libya. They just wanted more of it. But Libya is a failed state and it’s a disaster. Iraq really is a failed state or a vassal state now of Iran. So everything that they have talked about on foreign policy they have been wrong about for twenty years. And yet they have somehow the gall to keep saying and pointing fingers otherwise.”