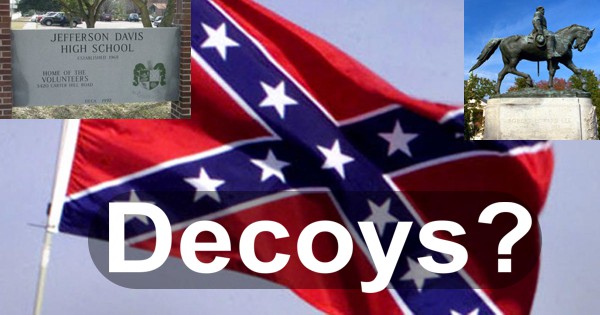 Racism of decades past is very different than racism today. Most racists of decades past learned, assumed, and believed in white supremacy. Racists today want to enforce a manufactured white supremacy. One can believe in white supremacy if their lives are insular. Living in a substantially integrated society over time makes it quite obvious that similar socio-economic circumstances create similar outcomes irrespective of race. As such it is obvious that white supremacy is but a tool to control us all, white, black, and everyone in between by creating false disparities that keep the masses fighting among each other. If they are fighting each other they won't be fighting the real power, the plutocracy.

Before getting too deep into the prose it is important to qualify a few concepts.

First, the concept of race is very fungible. Rachel Dolezal, Verda Byrd, and passers in just about every "race" proves that race in fact is a social construct. While melanin and certain physical attributes may seem definitive the exceptions always make the arguments moot.

Secondly, while all "races" can be racist. Not all are racist with power. In the aggregate it is unidirectional. If there is any doubt whatsoever, make an attempt to name a law that in the aggregate negatively affects the majority population.

Things are moving pretty fast. Confederate flags are coming down. Confederate statues seem to be the next target. In Houston and other cities schools with the names of Confederate heroes are being targeted as well.

The phrase "don't waste a good crisis" comes to mind. And it seems all the activists  are ready to decimate what's left in the virtual cocoon of the Confederacy.

In a rather strange way, could the speed of these events be the seed to the race war Dylann Roof was seeking? To be clear, Dylann Roof did not have the capacity of multidimensional thinking. After all, his manifesto proved that clearly. However the anger and impotence being felt by those with feeble minds, those who believe their values and their imaginary supremacy are symbolized by that Confederate flag and their Confederate heroes, in their minds what do they have left. They are well armed and many may feel they have nothing to lose. To them it is the civil war all over again.

To be clear, the Confederate flag is a symbol of hate. The Confederate heroes fighting under that flag were fighting to keep a people enslaved under the false tenet of states' rights. It was an evil endeavor.

But before those from outside the Confederacy get on their high horses they must remember that racism is not a Southern thing. It is an American thing. Busing in Boston, riots in Watts to name a few are probative.

Again, the phrase "don't waste a good crisis" comes to mind. We must all realize above and beyond this tragedy we are being played.

While we necessarily take our eyes off the ball for this tragedy, we must ensure that we do not allow the plutocracy to change the nations conversation. We must be vigilant.

We cannot however allow the systemic structural failure of our economy and society to be defined, encapsulated, or deflected solely or mostly as a racial problem. For it is that social construct that have continued to suck the power out of us as it preys on our irrational fears.