Chuck Todd did not go easy at Bobby Jindal in his interview on Meet The Press. In fact he started out downright rude.

Bobby Jindal started the interview talking about his kids loving the fried treats at the Iowa State Fair. So what was Chuck Todd's response? "There you go," Chuck Todd said. "Pander, pander, pander away."

Chuck Todd went into 'Jindal decimation mode' after having a rather long yet pointless discussion about the Supreme Court same sex marriage ruling. Todd justifiably allowed Jindal to caricature himself with insane responses about the ruling. 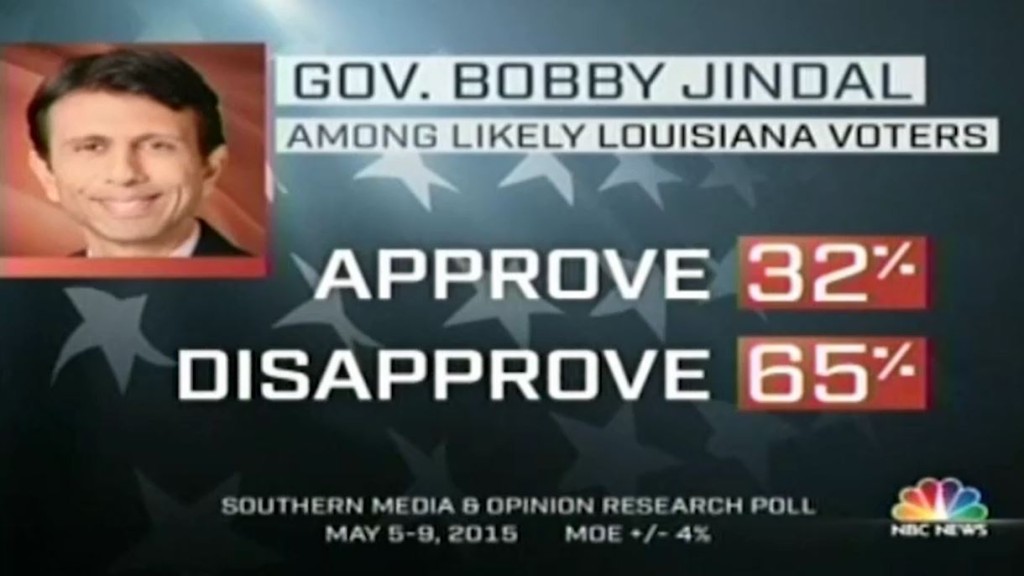 Chuck Todd pointed out that Jindal's approval rating was upside down. In fact it was worse than even President Obama's approval rating in his Red State of Louisiana. Chuck Todd then recited a litany of criticism Bobby Jindal received from other Republican pundits. He even placed these in chart form. 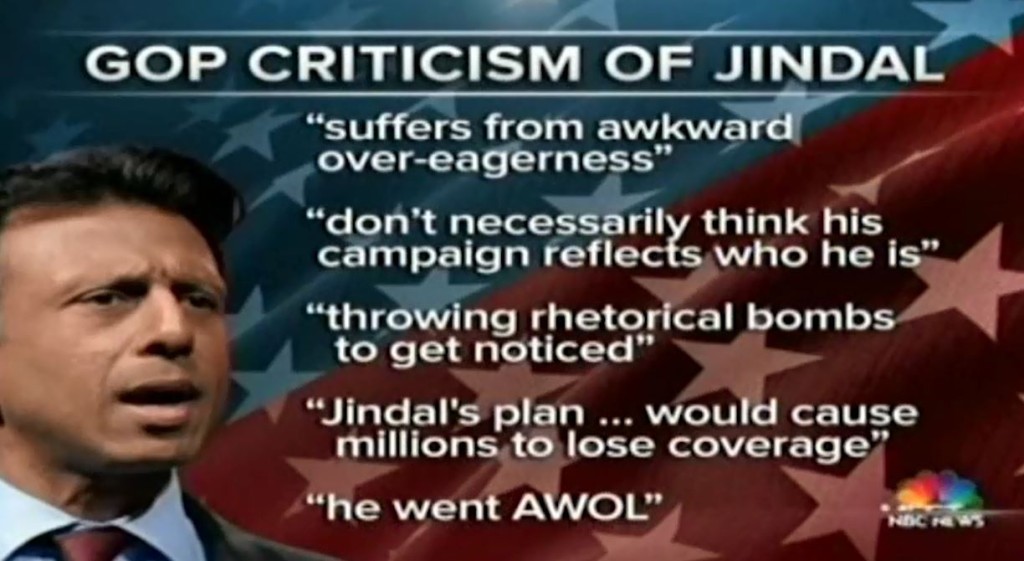 It seems like Chuck Todd went digging for only those who had negative things to say. Jindal's response was that he does not look at the polls lest he would not have been Louisiana governor in two landslide elections. He went on to enumerate the things he supposedly did to make Louisiana better like cutting government workers, privatizing schools, etc. The following statement was telling. "What some of those Republicans are saying," Jindal replied. "What Jeb Bush is saying is we've got to hide who we are nonsense. We don't just need to send a Republican to DC. We need to send somebody who will take on the conventional wisdom. Republicans in DC say you cannot repeal Obamacare. That was one of the criticisms that you just read. You cannot shrink the federal government. You cannot balance the budget. You cannot do term limits. Chuck if we don't do that we are done."

Any wonder why the powers that be do not want Bobby Jindal in the debates? Old ideas that that hurt people that are popular with the Republican base will hurt the ultimate nominee. It does not help that many Indian Americans echo GOP Rep Chris Broadwater's comment about Jindal's campaign not reflecting who he is. The following video is gaining traction

The Chuck Todd decimation continued. "Your state according to CNBC ranks forty sixth out of fifty in 2015 as a state to do business," said Todd. "How do you take that record  to Conservative Republicans and say make me the executive in charge."

Bobby Jindal goes into a litany of selected cooked numbers. But then he illustrates perfect cognitive dissonance with the following statement. "We ranked higher in every business ranking that has been done since I have taken governor," Jindal said." We are now at our highest ranking ever. We've turned this state around."

So he has taken their state to the highest ranking ever since he has been governor? All the way up to 46th out of 50? What a meteoric rise. Cognitive dissonance.