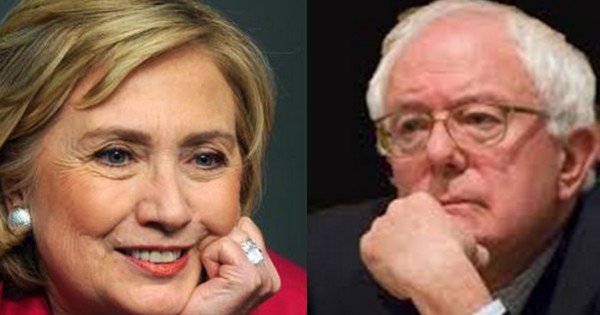 Democrats sold out their values over the last 30 years. Ronald Reagan successfully gave the country a semblance of supply side economics success.Reagan used Keynesian economics with a supply side facade. He slashed taxes mostly for the wealthy and supplemented the shortfall with deficit spending. When the economy recovered, taxes were never raised to the appropriate levels and the country was served with deficits ad infinitum. The double injection of money into the economy from deficit spending and tax cuts gave America the semblance of prosperity.

George H.W. Bush and Bill Clinton continued Reagan's supply side economics with a bit more common sense as taxes were raised and the top line budget was brought into balance. Clinton believed in triangulating to win and triangulating to govern. In the process he gave a huge gift to Wall Street. He allowed the repeal of Glass Steagall which along with George W. Bush's fiscal ineptitude, virtually destroyed the world's economy in 2008.

Under President Obama we got semi Universal health care, marriage equality, a leap in green energy, and much more. But like every other President he allowed himself to be convinced by the Plutocrats that free trade (the Trans Pacific Partnership, etc.) is good for the American worker inasmuch as it has never worked out that way. But again President Obama never promised to be revolutionary. He promised to nudge the country in the right direction.

After six and half years of Obama and his promised nudge of the juggernaut, Democrats must decide if they want to continue the progressive move or maintain the status quo.

The progressive move is the real realization of FDR's 2nd Bill of Rights. The status quo is the continuation of supply side economics that encompasses low taxes for the wealthy, low wages for the masses, wealth extraction by penalizing wages while favoring investments, and the commoditization of the American worker through offshoring.

To be clear, based on current polling, both of these candidates would beat any Republican running. Assuming that is true, Americans really have two distinct choices in this election. Democrats have the option of laying out the path for the next generation just as Ronald Reagan had for the current generation. Reagan's path has decimated the middle-class.

President Obama wanted to be as transformative as Ronald Reagan. He surpassed that in the aggregate as he has taken the country to a fork in the road. Americans must now decide if they will take an aggressive path from the one that made income inequality and wealth disparity vogue. 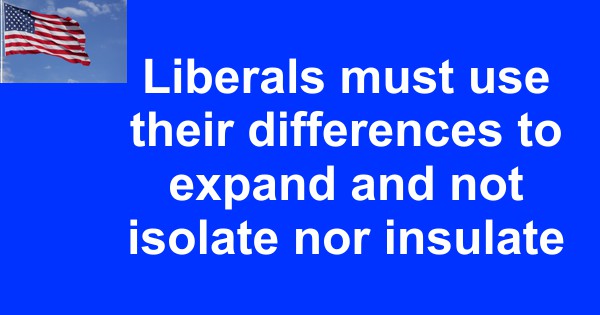 As Democrats begin choosing the path, there is unnecessary descension  in the ranks. The owner/publisher of the largest Liberal site in the country, Markos Moulitsas, a Hillary Clinton supporter, wrote a tough piece at The Hill that challenged Bernie Sanders. It was challenged immediately by a blogger & Bernie Sanders supporter at DailyKOS in a less than civil manner. The messaging broke down into animosities between Democratic Liberals that is totally unnecessary and destructive. Chris Reeves, another Bernie Sanders supporter and DailyKOS blogger attempted to bring some sanity and cooling to the debate. I did my part by laying out a very important fact that supporters of both Hillary Clinton and Bernie Sanders should heed.

The reaction of many in our liberal base to Markos [Moulitsas] and BLM [Black Lives Matter] is the exact reason why she [Hillary Clinton] is the only Democrat likely to win. I love Bernie Sanders’ economic message. To Black and Brown and others, while the message is great, many do not see the realization of that message necessarily getting to them. (e.g., When the housing market boomed, the Brown and Black population came on at the end, and lost it all first.)

For Bernie to win, as he says himself, you need a revolution. A revolution requires a movement that looks like America. Bernie Sanders’ movement does not. Many supporting Bernie Sanders cannot see that an economic message is not enough. Hillary Clinton currently has a hodgepodge coalition. As such the pragmatic choice for most would be Hillary Clinton.

Do you want Bernie Sanders? Do you think his message is one that can address all Americans? An insular view will not get us there. It requires seeing America through the eyes of many. My friends, I did not see that at Netroots Nation and I am not seeing it in the reaction to Markos Moulitsas’ ‘The Hill’ piece. If you want a real change from our current monarchy, there is a hell of a lot of work to be done at the grass roots in the suburbs, the barrios, the ghettos, the cities, the farms, etc. Most are rallying and blogging and not engaging broadly.

As Democrats ponder the direction they want to take the country, it would do them well to read a piece in The Nation by William Greider titled "How the Democratic Party Lost Its Soul" and ensure the mistakes are not repeated. So far Bernie Sanders seems to be the more nimble and malleable candidate attempting to return a soul to the Democratic Party. Hillary Clinton on the other hand continues to move only as far as she needs to. There are risks and rewards for each method. If there is a revolution in thought, if Americans finally get fed up, the status quo cannot win. If there is a fracture in the Liberal base, no Democratic candidate can win.

It is time for Democrats to first build a base by widespread community engagement and identifying the different needs of all communities. Needs are not just economic. Democrats must then choose a direction based on all the the needs of the various communities. That direction will identify who makes the best candidate. That best candidate will win irrespective of money if the electorate is engaged for a change.