Bernie Sanders in Los Angeles with another huge crowd 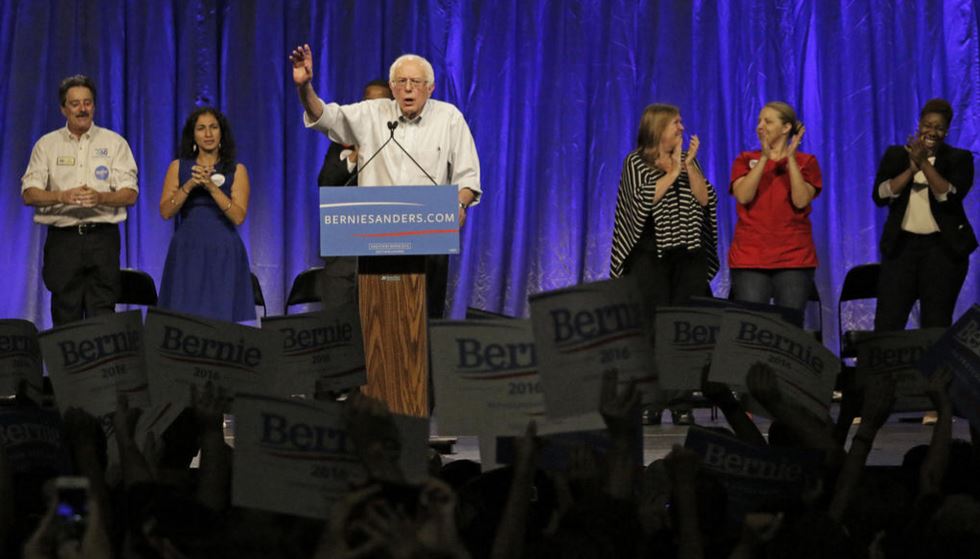 Bernie Sanders had another huge rally yesterday. This time the attendance was about 27,500, just shy of the number that attended in Portland. There were no disruptions. Why? Bernie Sanders recalibrated.

Yesterday I got a call from a Bernie Sanders supporter in Los Angeles who was so upset that he found a way to contact me directly. After reading a few of my blog posts in which I supported Black Lives Matter and some of the actions they are taking, including the disruption at Netroots Nation 2015, he let me have. I listened without interrupting for quite a few minutes

After he was done speaking, I asked him if he had read and listened to my blog post titled "Response to critiques of #BlackLivesMatter focus on Bernie Sanders." I posted it yesterday. He had not. However, judging  from the responses from some Liberals/Progressives it would not have a made a difference. Many continue to stay in their corners without attempting to put themselves in the shoes of the aggrieved. Does anyone believe people protest for the sake of protesting especially when they feel those that should be on their side are empathetically absent? When our conversation was complete, the young man was in agreement. He was onboard.

I attended Netroots both as a blogger and as independent media. I saw the Netroots Nation 2015 action upfront and personal, 3 feet away. It caught both Martin O'Malley and Bernie Sanders off guard, more so O'Malley than Sanders. Sanders had 30 minutes lead time in which he could have modified his approach to show the protesters that he understood the existential issues they were trying to get on the platform.

Bernie Sanders did not respond appropriately, not because he is bad or immoral or insensitive, but because he did not empathize with the cumulative pain that created the protest in the first place. He marched head on into his economic inequality narrative with disregard to the protester. Granted his narrative speaks to what affects us all, he was not then speaking to what affected a few that have been begging to be heard objectively for decades.

Had Bernie Sanders' staff reflected America, with people of different ethnicities, cultures, and experiences that reflected America's reality, while he may not have been individually able to empathize, he could have been advised on how to and why.

Bernie Sanders did better that night in Phoenix after the Netroots Nation 2015 fiasco. He continued to tune his message, his platform in a manner that all, including the aggrieved felt he was hearing them. If one is not heard, then change cannot and will not occur. If one fails to learn the skill of empathy, it is difficult to see through someone else's eyes.

I am less supportive of the Seattle action by the young ladies that confronted Bernie Sanders. I believe it is important to take an action and then wait for a response. If the response is unsatisfactory then continue the pressure. That said, I am more disappointed with some of the rather prejudice statements by many white liberals and progressives in the crowd. They reflected some of the same sentiment I posted about in that room at Netroots Nation 2015.

The interview on MSNBC about the new unrest in Ferguson while not directly related to Bernie Sanders expresses many of the frustrations that Black Lives Matter are now trying to bring to the forefront.

In effect the grievances of people of color are quelled but never answered. Bernie Sanders marched with MLK. Bernie Sanders was a civil rights activist. A black President was elected. Black people, people of color are still being abused by a criminal justice system and a law enforcement system that see them and treat them as less than. Bernie Sanders has a very open and accessible campaign that is drawing a massive amount of people. Disruptions to highlight a problem that is basically ignored by politicians in that venue is necessary and effective. Bernie Sanders' appropriate response going forward could change American politics. White Liberals and Progressives should be on board. It is what the moral tenet is supposedly all about.