Liberals must be ready to mitigate Donald Trump's damage 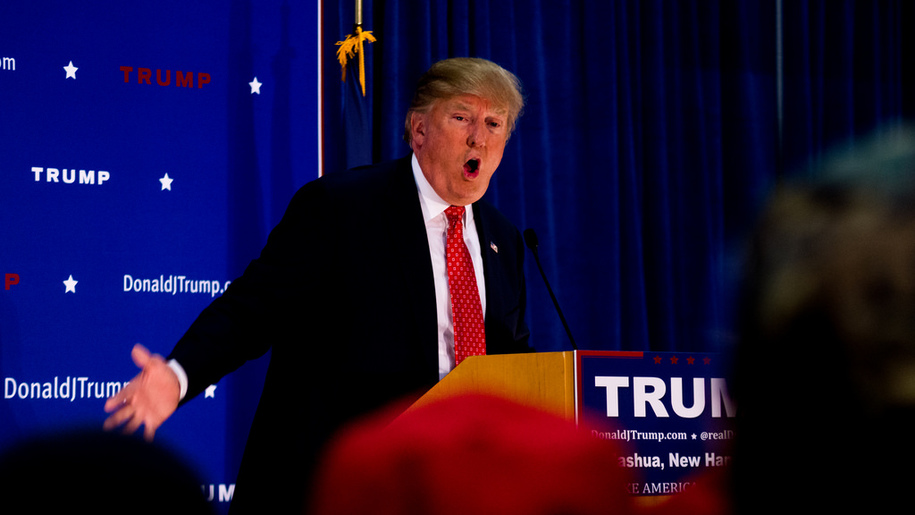 To begin with, liberals must be the glue that holds together the victims of Donald Trump’s attacks. They must embrace who they claim to be in words and in deeds. Absent that, Trump or one of his ilk could easily win.

So far Donald Trump has alienated blacks, Latinos, immigrants, Muslims, liberals, women, and a few others. His method, however, has been strategic. He encourages attacks and disparagement between groups. He then takes action to invite some members of the disparaged group into the fold (e.g., meeting with black ministers, addressing a Latino conference, etc.).

Trump attacks Muslims in a manner that makes everyone feel suspect of Muslims. He attacks the Black Lives Matter movement by pairing its activism with false crime data. He attacks Latino immigrants by painting them as more violent than the population at large. His off-the-cuff remarks about women are simply attempts to diminish their status to create the subliminal message that women cannot or should not be president.

So far liberals have done a good job of either helping his strategy along, or they treated him as a joke. They do so at their own peril, and at the peril of the country.

When Black Lives Matter came to Netroots Nation 2015, a conference considered a bastion of liberal thought and activism, the disgust exhibited by many liberals created a fracture that will not easily be healed. BLM activists realized that all liberals weren’t on board with what—for them—is an existential fight.

The terrorist attacks in Paris and the subsequent attack in San Bernardino, California, along with Trump’s Muslim-hating narrative have left many Muslims wondering where their friends are. Many polls indicate that many Americans, including liberals, have bought into the fallacy of the overbearing Muslim threat.

Of course liberals should know much better. They should be the ones with the intellectual and moral prowess to mitigate Trump and his ilk. So far, some are failing and others are simply assuming that the goodness of most Americans will inoculate us from a Trump presidency—or the presidency of one of the others in the GOP clown car. But the stark reality is very different.

Too many in the Black Lives Matter movement feel they are fighting a battle alone. To be clear, they have no fear of doing so, as many in the movement believe liberals and the black civil rights movement have failed. They believe that when Martin Luther King Jr. turned the other cheek, it was a sign of weakness. After all, if your rights and freedoms are given to you as opposed to being won through fighting, strength, and absolute resolve, they can easily be taken away. Why? Because the arbiter of said freedoms may feel there are no consequences for taking them away (as with voting rights, police brutality, credit abuse, and more). Because of a lack of allies within the political party, these outsiders may forego the elections altogether.

The same applies to Muslims. They see that the vast majority of violent crimes and terrorist attacks are committed by white men. They see excuses being made for these perpetrators in an attempt to segregate those bad deeds from Muslim bad deeds. That misreporting affects the population at large. The national narrative gives the impression there is a Muslim problem that we must fight over there, while we keep those over here in check. Why aren’t we exposing the right-wing militias throughout the country? Does anyone recall any real analysis of what happened in the mass shooting with the biker gangs in Waco?

Meanwhile, undocumented immigrants are a net positive to American society. They are the ones that allow otherwise lower middle-class to middle-class folks to have a semblance of a good life through their dependable service and generally inexpensive and affordable labor. They fill a niche very few want to talk about or are ever honest about. They also are loved by corporations because in certain specific areas, they negatively affect wages for American citizens. Many pay Social Security taxes they will never get back in Social Security payments. Most (if not all of them) pay regressive taxes (sales taxes, fees, etc.) as well as income taxes. Their overall crime rates are lower.

Here is the reality: Liberals must decide that they won’t be taken in by the Trump narrative. It can be rather appealing to some Democrats and liberals alike, if they let their guard down. If liberals become the glue that shows the humanity and commonality between all of the targets of Trump’s vitriol and appeal to those misled by the right, a 2016 presidential win is possible.

There is one more caveat: The Democratic Party must allow a real debate of ideas between the Democratic candidates, and everyone must have an opportunity to see these candidates. They must debate often in order to generate the necessary excitement, and the one with the best message must emerge.

A coronation will not do. A coronation leaves those without crowns with the same feelings that Black Lives Matter activists, Muslims, Latinos, and others might be grappling with: Why support a party that has failed me? Why even vote?