2nd Amendment Right to have guns means nothing to some 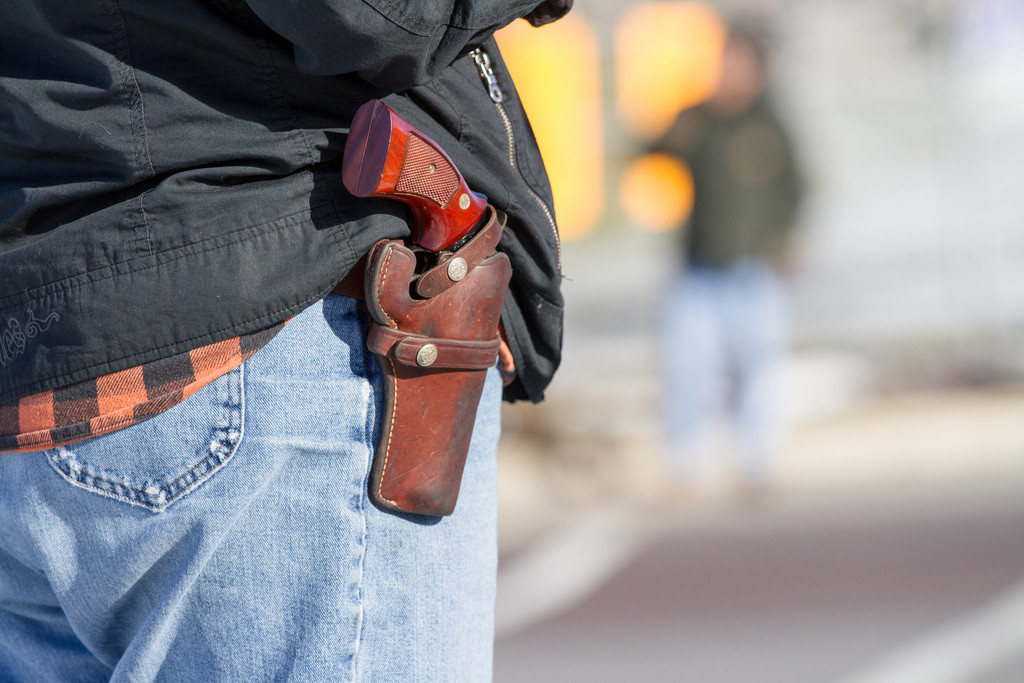 Guns do not make America safer. No other developed country on earth has a higher per capita gun related homicide rate than the United States. In fact, the United States rate is four times that of both Turkey and Switzerland. Both of these countries are tied for third.

If that isn’t enough there are certain realities that second amendment loving enthusiast don’t tell.

As President Obama tries to institute some minimal controls, the NRA and Right Wing Republicans continue to choose policies that enhance gun sales and profits over life, humanity, and the well-being of society. What gives? The reality of the stats means little. It is all about a false ideology subliminally imposed on the masses in order for a few to profit.

Open carry became the law in the state of Texas in 2016. Inasmuch as there was a lot of consternation with the effecting of this law, the reality is that Texas is late to the game. There were 44 states that allowed open carry before Texas. The only sensible states left are California, Florida, New York, Illinois, and South Carolina.

The answer may be all of the above though deterrence in the aggregate may be debatable. A real criminal will come a guns blazing if he or she wants what the open carrying gun toting individual has. It is a fact that research shows that right-to-carry is linked to increased violent crime. Extrapolating that to open carry should not be difficult and is likely forthcoming.

While it is a fact that our gun touting culture is a clear and present danger to the society at large, the reality is for some that danger is even greater. People of color do not get the benefit of the doubt.

Ohio is an open carry state. One would expect that police officers in an open carry state would give any gun touting person the benefit of the doubt before unleashing their ballistic might on said person. Tamir Rice, the twelve-year-old black boy with a pellet gun was not given that benefit. He was shot in less than two seconds. The ruling, the officer feared for his life and the shooting was justified. John Crawford III, the young black man that was gunned down in a Walmart while inspecting a pellet gun was not given the benefit of the doubt.

Gun touting white motorcycle gang members shooting up each other were not met with the national guard in Waco Texas but were leisurely arrested after the killing massacre. For the second time in as many years the Bundy’s and their armed terrorists were appeased by the government in Burns Oregon.

So as many continue to promote their second amendment rights it is important to note that it means something very different to different people. In a society where a police officer has the legal right to kill if he and/or she fears for their lives whether justified or not, the evidence shows that people of color have the right but not the same privilege to carry a weapon. In a society where the average citizen and vigilante can stand their ground even if that ground isn’t theirs to stand on, and kill innocent people of color without the fear of imprisonment, open carry and concealed carry to many are a clear and present danger. In a society where a government allows white terrorists the benefit of the doubt and the ability to challenge ‘we the people’ while unarmed people of color who protest gun violence are met with military action, the second amendment means nothing.

I covered this issue on my Politics Done Right show this week.