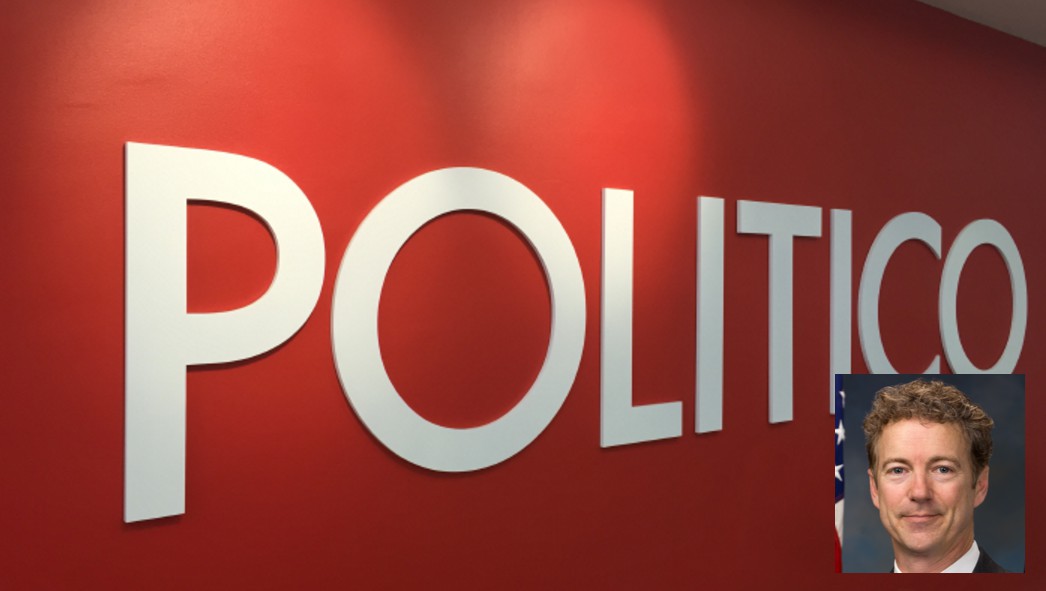 Politico decided to call out many national bloggers and journalists who saw Rand Paul as a viable candidate now that he has withdrawn from the Republican primary. Yours truly was included.

Last year I wrote an article at DailyKOS titled "Don’t laugh, but Rand Paul could be our next president". It was also posted at my site EgbertoWillies.com. In that post I pointed out that Rand Paul was doing the things necessary to peel off enough of the Obama coalition while keeping a Republican base that would never leave him. He visited Howard University and Berkeley. He started discussing the inequality in the criminal justice system. He discussed wealth and income inequality and much more. In effect he was triangulating in a Bill Clinton manner. I wrote the following.

Anyone who reads Daily Kos and other liberal and progressive blogs cannot be fooled by Rand Paul—he's a true Republican Libertarian with a touch of "Dixiecratocracy." The problem is that most voting Americans are not the well-informed, and most members of the traditional media are lazy or programmed to misinform by the plutocracy.

The biggest fear is that if there is a coronation of a select few, many potential candidates will remain undeveloped. Worse is the inability to recover from an unknown.

The following was written in the Politico article titled Here’s Who Was Wrong About Rand Paul.

He was supposed to change politics forever. Rand Paul’s slow fizzle this campaign season and burnout Wednesday morning when he dropped out of the presidential race would have been unthinkable just two years ago—when commentators, pundits and, ahem, national political magazines like the one you’re reading thought the young Kentucky senator was ushering in an entirely new status quo. ...

So what happened? Was the media full of it? After all, the press did spend a lot of time covering a budding libertarian movement that never really existed. But it could also be that the United States did have that moment—and now it’s gone. ...

Politico Magazine took a look back at what we were all saying before the Trump boom, when 2016’s latest casualty was going to remake American politics for good.

Instead of using my full statement which was very nuanced, Politico simply quoted my cautionary statement.

“The fact that Ronald Reagan and George Bush were elected presidents of the United States means it is not all that farfetched to wake up and discover that Rand Paul could be our next president.” (Egberto Willies, Daily Kos, March 23, 2014)

I reread the article to see if by chance I was influenced by the mainstream media's then infatuation with Rand Paul. After reviewing it and subsequent articles I wrote about Rand Paul, I stand by those statements. Rand Paul changed his recipe from triangulating to appeasing his base as the clown cart turned up the heat.