Krystal Ball is at it again, and she is absolutely right 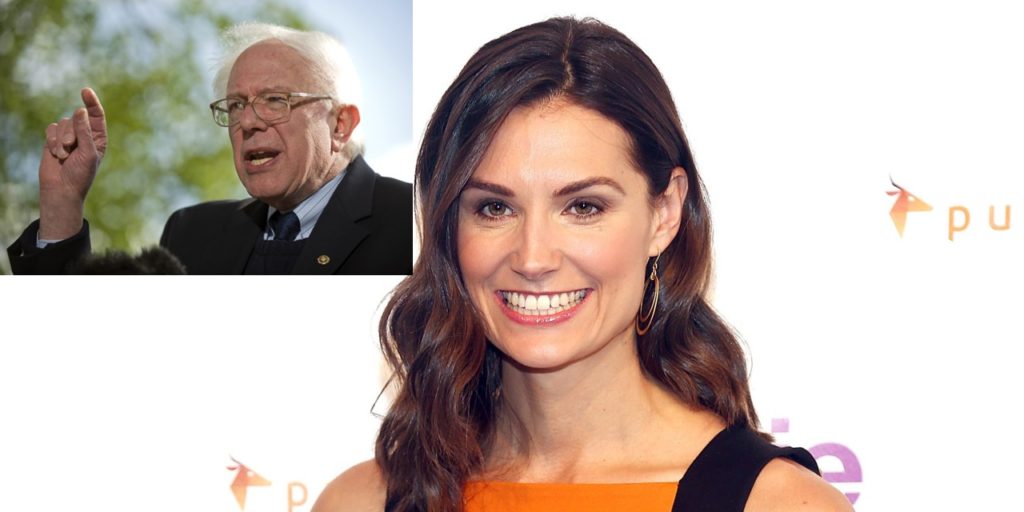 Former MSNBC The Cycle co-host Krystal Ball is at it again. Her election analysis is spot on. Unfortunately, Bernie ran out of time to convince Dems.

Like me, Ball was initially a Hillary Clinton supporter in 2008. She came out against a Hillary run in several poignant Krystal Clear segments on MSNBC several months ago. She pointed out the failure of all but one radical centrist as a proxy for Hillary Clinton’s electability. She called out Hillary Clinton for sticking up for the banking sector and many other issues that Trump is bound to use in the general election. In that segment, she begged Clinton not to run. She then did a piece urging Elizabeth Warren to run. The three segments are epic.

Krystal Ball recently wrote a Huffington Post piece titled “Why Bernie Sanders Is Our Best Chance to Beat Donald Trump” that every Bernie and Hillary supporter should read.

Krystal points out a reality.

As Hillary Clinton joylessly stumbles her way to the Democratic nomination, calls have increased for Bernie Sanders to either drop out of the race altogether or, at least, to stop fighting so darn hard. We’re told that Bernie should drop out for the good of the party. Bernie should drop out so that Hillary can make her general election “pivot” (which presumably means she can be free of the burden of pretending to be a liberal). Bernie should drop out so that Hillary can focus on Trump. According to this logic, Bernie and his band of loyalists need to get pragmatic, face the music, have a reality check. Hogwash. Doesn’t anyone see what I see? Bernie Sanders is our best chance to beat Donald Trump and to prove to the young voters backing him that the Democratic party actually stands for something.

She then enumerates the three errors that the Democratic Establishment is making.

the following snippet is the exact sentiment I hear when I engage Bernie’s supporters, young and old alike.

how much might you care about Harry Reid or Debbie Wasserman Schultz or some other Democratic partisan pearl clutcher’s pleas for party unity? These young voters are expected to back down for the sake of a party they tell pollsters they don’t identify with, in the service of nominating a presidential candidate who promises to maintain a system that has conspired to screw them at every turn.

Ball scoffs at the notion that Sanders is not vetted and that when the word socialism is used on him he will crater. Is there anyone who does not know Sanders is a Democratic Socialist? Ball continues.

millennials tell pollsters that it sounds quite a bit better to them than the system we call “capitalism” which is really just socialism for bankers, billionaires and multinationals. So remind me again who has the best shot and who all patriotic Democrats must rally around for the good of saving the Republic from Trump?

Ball ends the piece with an exaltation.

Make no mistake, the values that we say we stand for will be compromised by a Clinton nomination. After all, who will really believe we’re the party of the people when we unite behind the queen of the global glitterati? Who will buy that we’ll fight to get money out of politics when we back the most prolific political fundraiser in history? Who will take seriously that we’ll get tough on Wall Street when our nominee got paid big bucks to stroke their fragile egos? So to the Bern-baby-Bern crowd I say, keep fighting. Your fight is worthy. Your cause is just. Your passionate existence irritates the Democratic powers that be because you remind them of all that they are supposed to stand for.

If Hillary Clinton is the nominee, beating Trump will be difficult. Americans’ disdain for the establishment is palpable. Trump is the answer on the Right. Bernie is the answer on the left. Unfortunately, the expected coronation in the Democratic Party leaves many wanting. They know the alternative is worse but they may just want to punish the Establishment.