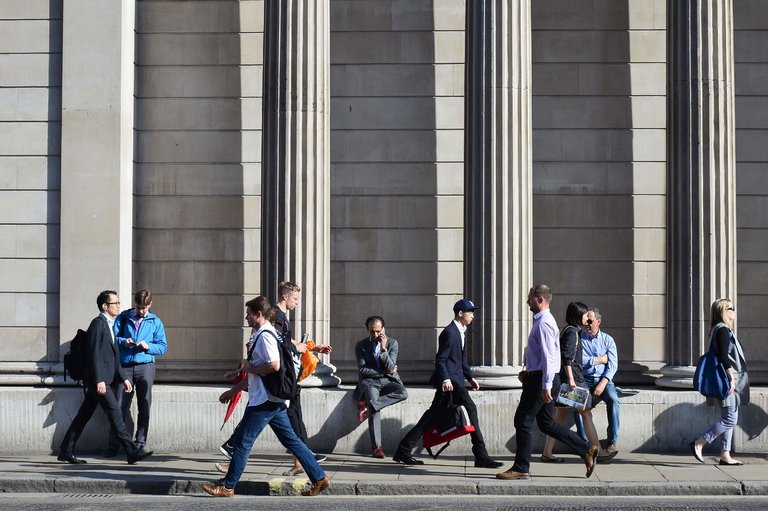 Phillippe Legrain began hisNew York Times column (6/26/16) denouncing the supporters of Brexit by noting their contempt for economic expertise. He then went on to demonstrate good reasons for such contempt.

Experts are, of course, known to make mistakes. But in this case, the people who voted for Brexit will pay a big price for ignoring economic expertise. The harmful effects of this vote are both immediate and lasting.

Britons are already worse off. The pound has—so far—plunged by nearly 9 percent against the dollar, slashing the value of British assets, with higher import prices likely to follow. The stock market has also taken a hit. The prices of property, most British people’s main asset, are almost certain to fall, too.

Actually, the pound’s fall was a necessary and good development in the long run, even if it would have been better had it occurred over a longer period of time. The UK was running a trade deficit in the neighborhood of 5.0 percent of GDP (equivalent to about $900 billion in the US); this was unsustainable. And, contrary to what Legrain claims in this piece, the best way to get the trade deficit down is to lower the value of the pound.

Legrain incorrectly asserts that the drop in the pound in 2008 did not lead to a reduction in the trade deficit. In fact, it led to a substantial reduction, although with a 1–2 year lag, as would be expected. (The pound fell from a peak of more than 1.5 euros in 2007 to just over 1.0 euro at its trough in 2008. It remained low until it began to rise sharply in 2013, reaching values of more than 1.4 euros last year, hence the large rise in the trade deficit.)

An inflow of money from abroad was fueling a housing bubble in the UK. This has priced many people out of the real estate market. Bubbles do burst, often with very bad outcomes. The problem with bubbles is not the factor that causes them to burst; the problem is allowing them to grow in the first place.

Apparently the “experts” in the UK had no idea that real estate markets could develop bubbles, or that their bursting could lead to harm. The problem Legrain describes here is entirely on the shoulders of the experts, not the Brexiters.

It is also worth noting that a high stock market is not an economic good. It is a distributional measure. It means that the owners of stock have more claim on society’s income. There is very little direct relationship between the stock market’s value and investment. (In the US, the investment share of GDP peaked in the late 1970s, when the stock market was in the doldrums.)

The piece also implies that the UK will face punitive tariffs from the EU after it leaves. This is possible, but the fault will then be with the EU leadership. They will be deliberately making the EU poorer so that they can extract revenge on the UK for leaving.

Economist Dean Baker is co-director of the Center for Economic and Policy Research in Washington, DC. A version of this post originally appeared on CEPR’s blog Beat the Press (6/27/16).

You can send a message to the New York Times at letters@nytimes.com  (Twitter:@NYTimes). Please remember that respectful communication is the most effective.