President Obama, daddy-in-chief, serenades his Daughter Malia at the Fourth of July celebration at the White House.

The Obama administration canceled the 4th of July celebration on the  White House lawn because of inclement weather. President Obama did not let the inclement weather dampen the July 4th celebration or Malia’s 18th birthday. They did not cancel the festivities on the inside.  He celebrated Americans and serenaded her.

Kendrick Lamar and  Janelle Monáe performed. After giving a speech where he praised the country’s formation, and it’s effort to become a better country for all, he culminated the event by singing ‘Happy Birthday’ to his daughter Malia. Her birthday coincides with the July Fourth Holiday.

The President did a good job on singing to his daughter, but it was not as pitch perfect as his past singing performances.  But it was good enough. The hug, excitement, and smile from his daughter said it all. 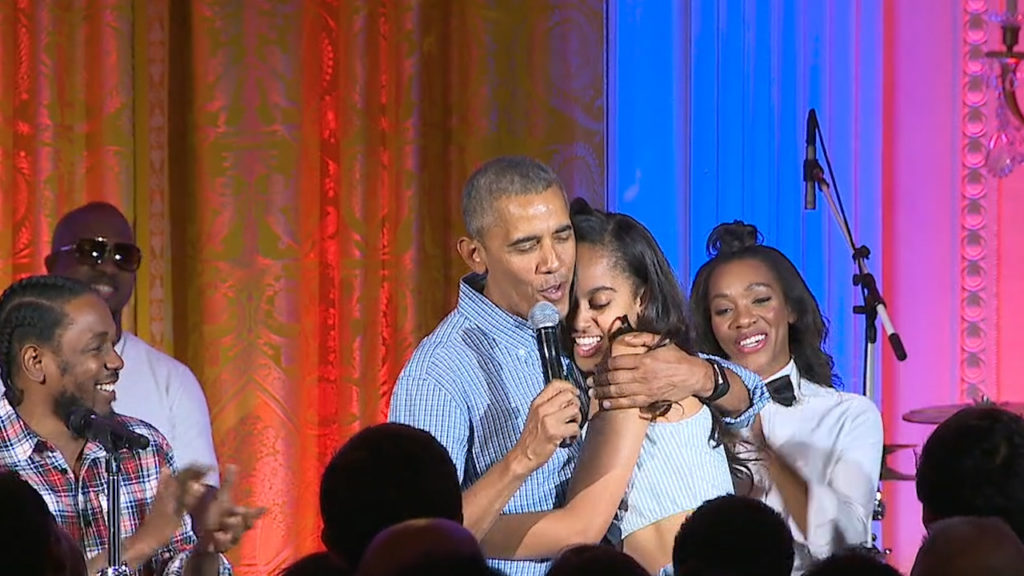 For all those that vilify this President, the regards, and love that is evident in his family makes said vilification irrelevant to his being. This President came into office and made moot all of the stereotypes some need to have about the other to feel more empowered or worthy than the other.