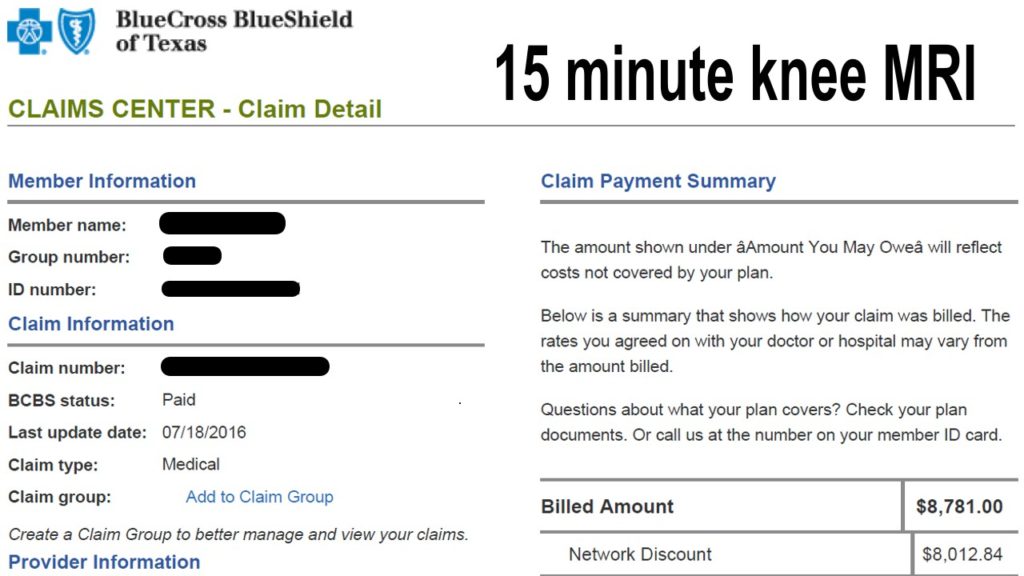 Even with the Affordable Care Act, the health care system us ripping us off. It is time to for a health care revolution that ultimately gives us Medicare for All, single-payer.

The Affordable Care Act was the minimum stop-gap measure that was needed to add some level of morality and humanity to our health care system. To be clear, it is better than what we had, but it is not near enough. It is a compromise between an evil system and people being decimated by a system designed to profit from the sick at all cost, money first.

Like many other activists, I have been fighting the battle to change the system. We did CNN iReports, we blogged, we protested, we rallied. But those that support our system are relentless. We must be relentless as well.

Earlier this year I wrote about my blood pressure scare that landed me in one of those strip mall emergency room. The emergency room billed us over $5,000 for one and a half hours. I rarely go to see doctors or hospitals, so this was a shock then.

My wife played tennis for several years. Her knee started to give out and is now so damaged that she walks with a slight limp even after steroid shots. Her doctor told her to get an X-Ray. It took five minutes. The following is the claim for that X-Ray. 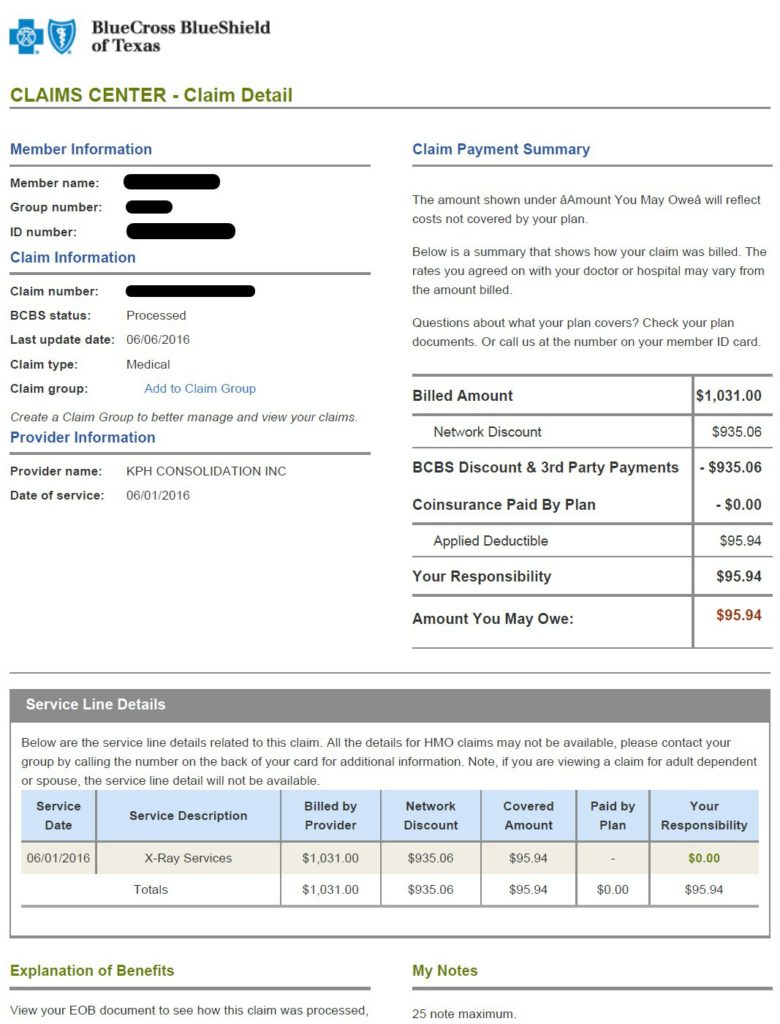 The doctor requested an MRI after the X-Ray showed some abnormalities in her femur. Here is the claim. 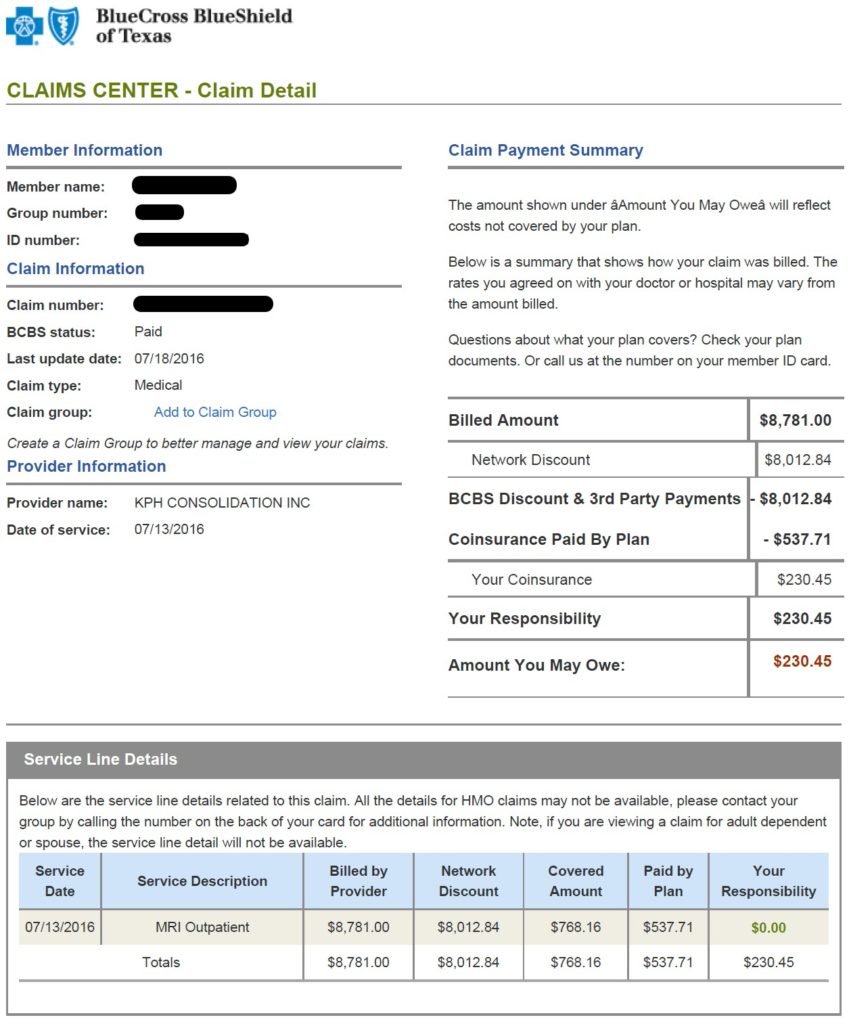 While it is true that the insurance company negotiated a discounted price, we are responsible for a portion of the bill. My wife’s policy cost north of $500.00 per month, has large deductible, and then we pay a percentage of most of the cost. While it is good that Obamacare stops out-of-pocket expenses north of $6,000, doctors and hospitals still hold patients responsible for portions of the bill not covered by the insurance companies.

Many of us keep our health care situations private. We suffer the indignities of it as if we are all alone. This failed system affects us all. Our system is a transfer of wealth from the poor and middle-class to the wealthy, the ones who profit from extorted dollars. Remember you cannot shop around for health care like you can shop around for your computer. For the most part, when you need it, you really need it. And that is why health care does lend itself to a system where pricing is not regulated.

The fact is that we have evidence from around the world of what works and what does not. It is evident our do not. It is obvious most countries with some form of single-payer via Medicare-for-all is more efficent, cost less, and keep their citizens healthier. We choose to keep ideological blinders on to protect the wealth extraction of the few. Should we not wake up now!

It is time for a health care system revolution. We must support groups like Physicians for a National Health Program. Their resources to inform us about the realities of our system is invaluable. Get involved at the local, state, and national level.