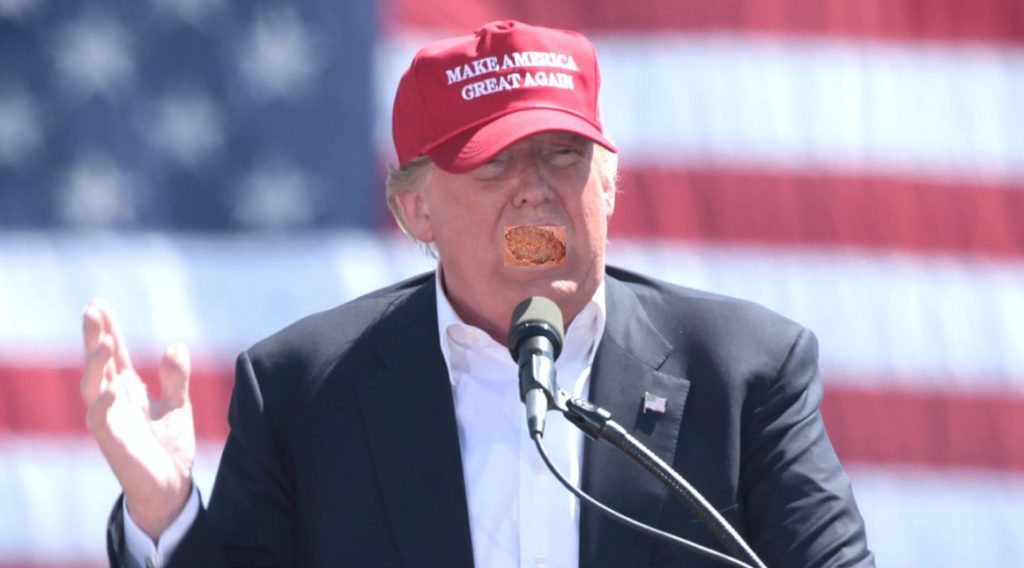 Every objectively thinking American knows that Donald Trump has removed the scab from a very infected wound. We all know that America still suffers from the racism infection. As long as we stayed away from speaking about it, we could avoid the subject. Many remain willfully ignorant.

Trump dissed political correctness. He gave many the freedom to say how they genuinely felt. And what shocked the willfully ignorant? There is a large percentage of the American population that are still racist. The evidence is clear.

Before anyone starts getting too defensive in our liberal sphere, rest assured, when it comes to race relations, liberals are not that different. They are just better at controlling their worse angels. Go to the websites of most NGOs. Attend a Netroots Nation conference. Attend any liberal organization conference. I have attended many. How much do they look like America? They almost never do. How inviting are these organizations?

A quick story --  When Black Lives Matter interrupted Netroots Nation 2015 in its attempt to have NN15 and the candidates address an existential problem, the lives of black people, half of the ballroom was irate. BNR stood outside with its cameras interviewing people exiting the ballroom. I noticed only black people were getting interviewed. I proceeded to ask the BNR reporter why they were only interviewing black people. She said no white persons wanted to go on camera. I saw three white guys and a young white lady in a group conversing. I approached them and told them what the reporter told me and encouraged them to talk to BNR. None of the guys would. The young lady said she would. One of the guys blurted out with disdain, 'Go be our token white person.' I looked at him with disgust at which he immediately apologized. The young lady gave a passionate and progressive interview that presented her transition to understanding what had occurred. I could relay similar stories at many Liberal conferences. Many minorities in fact simply feel like props in these organizations used to illustrate 'we are better than they are.'

Trump allows the examination of various types of racism. It is way overdue.

Trump preys on racism borne out of fear and socio-economic dislocation. He makes it clear with his inferences that those others, read minorities, are stealing their birthright. This gets traction because our derelict media fails to articulate the reality that their plight is borne from the extractive economic policies from a select few, people like Trump himself. In the aggregate, there is little extraction left to get out of those others. As such, white middle-class America is being welcomed to the reality of the others. Fertilizing and nurturing the inner-racist of a segment of our society is just a deflection, a survival mechanism for the plutocracy.

But Trump does more than that. He touches a nerve in some who believe the American 'natural pecking order' must be brought back. I read between the lines when otherwise intelligent engineers and lawyers tried to explain to me why they are voting for Trump. What they were unable to say spoke much more effectively than their bumbling reasoning.

And then there is an insidious racism.  Racism affected through invisibility, disregard, and neglect. This type is manifested in dozens of ways. It is the one that is not easily pinpointed. -- potholes fixed promptly in predominantly white neighborhoods while rarely in poor predominantly minority areas, poor service received at restaurants and other places of business, assumptions made about the intelligence of kids and their promotion into higher level classes, disregard of input provided at work or at conferences, less than preferable rates on loans, important medical news reports that ignore segments of the population. Many of these have economic and life or death consequences. A few years back there was a meningitis scare in my area. One of the characteristics given had to do with how the skin would change color. That characteristic does not apply to 40% of the Houston area based on citizens' skin color.

Many view the South, TEA Party, folks supporting Trump, and other overtly racist politicians as the problem. That would be much too simplistic. The South is no more racist than the North. While some politicians are happy to  spurt out their racist rants, we should fear the ones who actually write policies that are implicitly biased. While Trump voices anti-immigrant rhetoric, many others quietly exploit the immigrant. While Trump denigrates blacks, it is Hollywood and others that stereotype them. While Trump wants a ban on Muslims entering the U.S., many others discriminate against them in a myriad of ways. Trump is but America's exaggerated alter ego.

Racism is an ingrained problem that was taught. From childhood, we are presented with subjective standards of beauty, affinity for leadership, assumptions about crime, intelligence, and worth. It is a necessary tool to keep us divided. It is on autopilot. An unfair extractive economic system needs racism as a tool in order to deflect the plutocracy's failures. Trump is upsetting that status quo. He turned off the autopilot and went full throttle.  The question is whether we will have the courage address the problem head on once and for all. We must not only throttle back but get rid of the racist autopilot altogether.