Some in the media are doing what they should have done in 2009 and 2010 as Republicans were lying to the American people about our healthcare system compared to those in other industrialized nations. Ali Velshi has been on a tear in busting up the myths.

Ali Velshi is on a mission to re-educate Americans about the realities of our healthcare system which is far different than GOP utterances.

Velshi proceeded to look at various metrics and in almost every single one the United States was dead last or bringing up the rear. 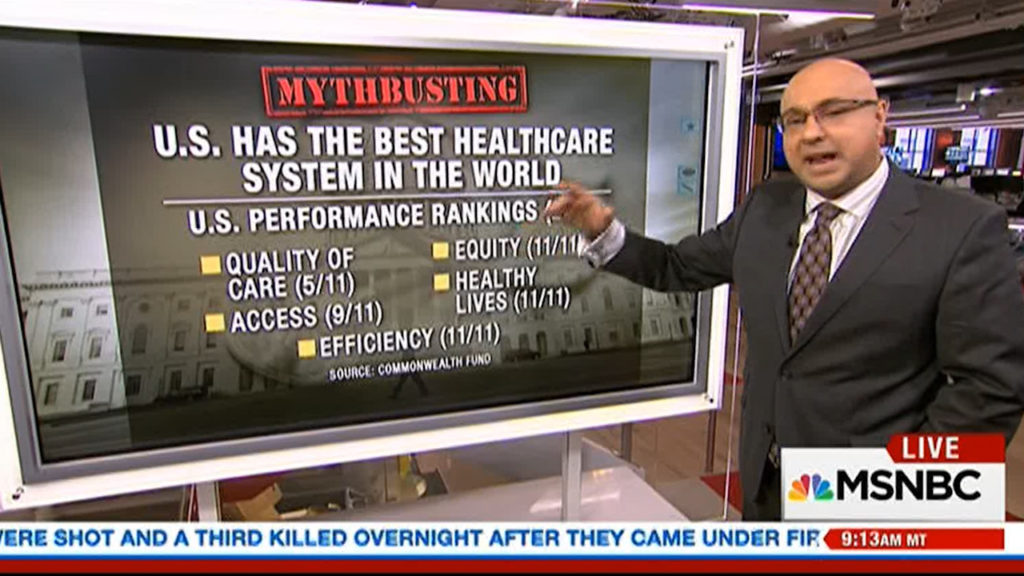 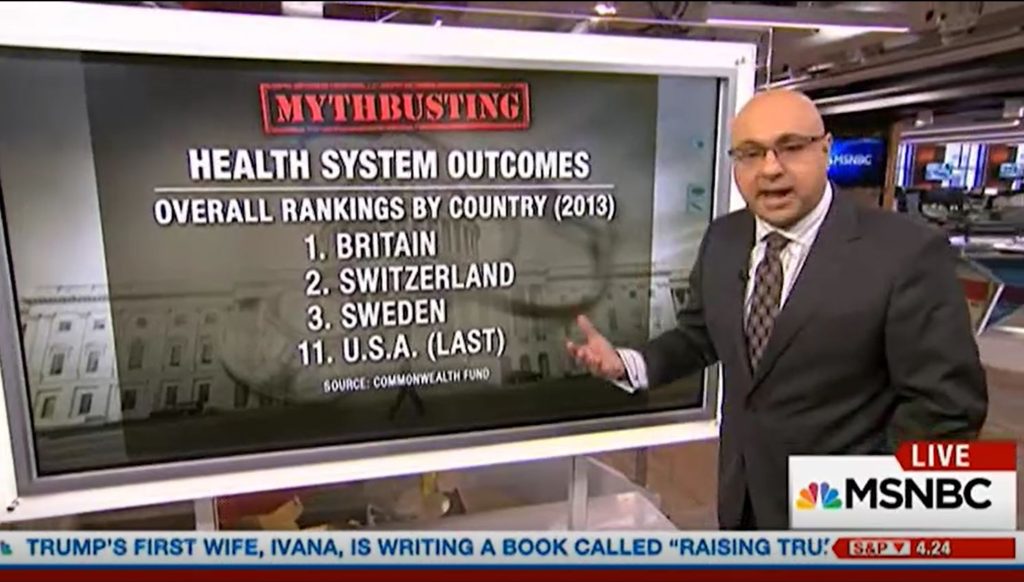 The same is true for healthcare outcomes. America is dead last. Britain is number one, Switzerland number two, and Sweden number three. 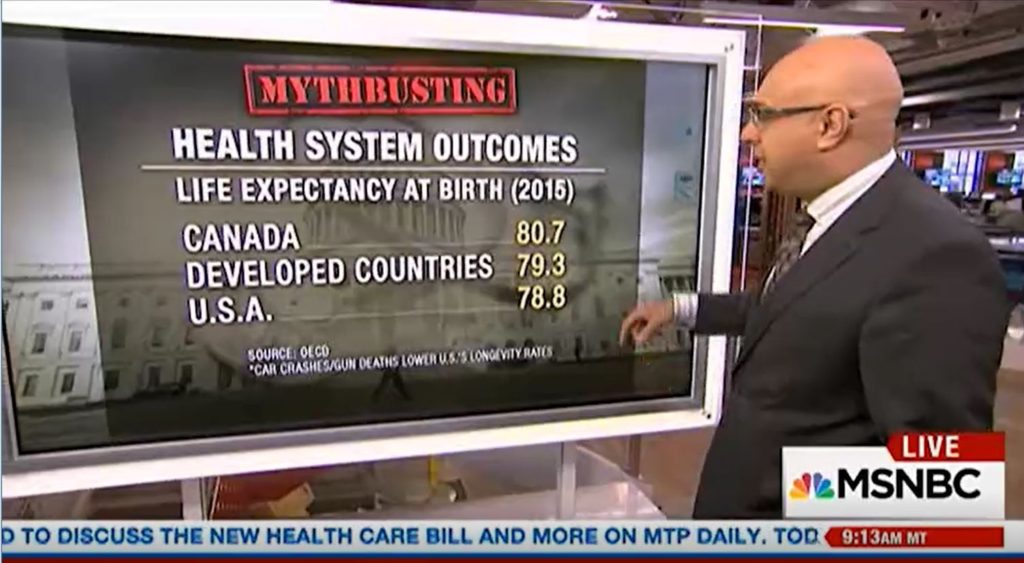 The success or failure of a healthcare system is measure based on staying alive. Again the United States is dead last. Canada, whose system many Republicans malign, is the most effective of the eleven developed countries. 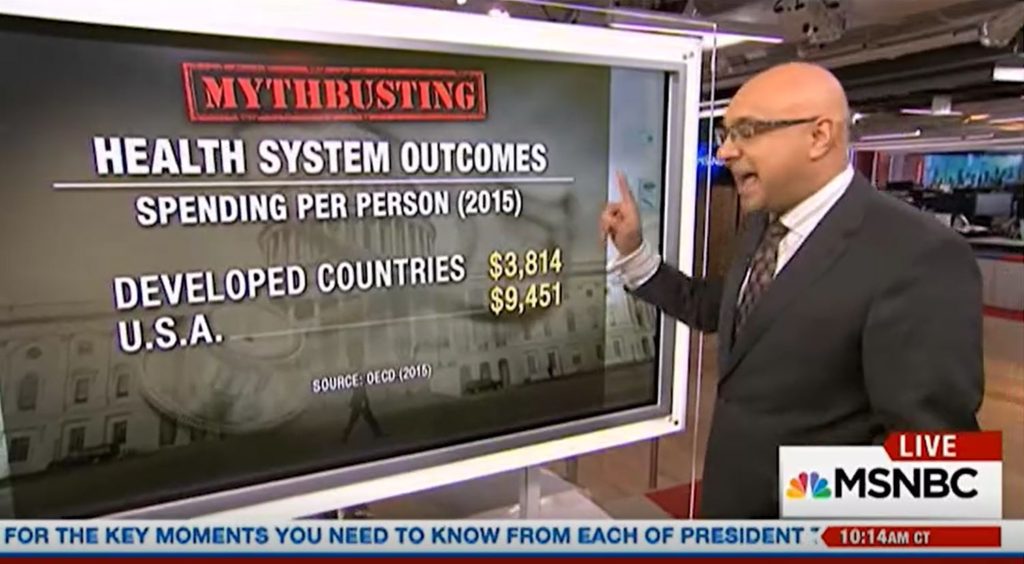 And then there is per capita spending. America spends more than twice as much as developed countries on healthcare with less than stellar outcomes. This means all that money is not going into the efficient delivery of healthcare, but into the pockets of shareholders, CEOs, and other fat cats. In other words, our health care system is a transfer of wealth from the many to the few.

“We spend more than double what everyone else in the developed world does on healthcare and our outcome and life expectancy is actually lower,” said Ali Velshi. “These are the numbers. Whenever I say that everybody else gets better value for their healthcare dollar than Americans do, this is what I am talking about. I will keep going on these myths because there are a lot of them to bust.

We need more people like Ali Velshi using their mass media platform to speak up and make the case to Americans. Only then can we start changing minds in a manner that forces us to elect politicians that will destroy the status quo.

Donald Trump and Paul Ryan are playing with the lives of every poor and middle-class American. As MSNBC’s Ali Velshi explained, the free market simply does not work for health insurance, period. Chuck Todd recently pointed out that the new plan decimates coverage for all but mostly to the Trump voter.

Learn why Single-Payer/Medicare-For-All is our future.

Call your Senators and Congressional Representatives every day and let them know you do not want the Affordable Care Act repealed. If you do not know how to get in touch with them, click here.