Indivisible groups from throughout Texas descended on the little town of Cleveland Texas where Republican Senator Ted Cruz, Rep. Kevin Brady, and Lieutenant Governor Dan Patrick likely thought they were safe from protests. Well, they were wrong.

The founder of Liberty County Indivisible, Trish Robinson, organized The Reagan Dinner protest handling all of the logistics including securing the staging area. Robinson posted the following event on Facebook.

On April 8, 2017, Ted Cruz and Dan Patrick will be guests of (dis)honor at the Reagan Dinner in Cleveland, Texas, along with several of their state cronies in the Texas House and Senate. In spite of years of pushing policies that pick the pockets of citizens across the state, these donor class politicians believe they can waltz into town and raise funds while their party leaders are pushing for policies that seek to deny poor communities access to basic necessities, all without a peep from the masses who oppose their policies.

They are sorely, sorely mistaken. Don’t let them slip in and out of these small town events without hearing from us!

Join us for a rally demanding Town Halls and Affordable Care for All! Texans from the town of Cleveland and across the State of Texas will patronize local businesses, organize with the local community, and protest the vicious government actors gracing the Reagan Dinner with direct calls for access for average, hardworking, taxpaying constituents to both true representative government and affordable care solutions.

-Indivisible teams from across Texas: Liberty County, Houston, Austin, Dallas, and Central Texas, Indivisble Galveston
-Cleveland area Democratic clubs including San Jacinto County and Liberty County Democrats
-And hardworking constituents from all walks of life and parts of the political spectrum who have risen up up and demanded action from do-nothing, donor class establishment politicians who have taken The People for granted.

Stand up and Fight Back with us in one of the reddest territories in Texas.

Indivisible groups from throughout the state heeded her call. Over one hundred activists showed up. Interestingly many of the people that showed up were first-time activists. They realized that after the 2016 debacle that brought us, Donald Trump. They had to do something. The Indivisible movement became their incubator which has been very successful in stymieing Donald Trump and his administration's draconian health care policy thus far. Their continuous engagement not only with protests but actively engaging with the politicians in their respective districts put the fear of the people in most of them.

These type of actions are only the first stage. It is important that the Indivisible movement is broadened in scope to ensure all communities are engaged more visibly. A broad-based coalition is virtually impossible to triangulate which is what the politicians are about to do by pitting citizen against citizen.

Indivisible protesters were not allowed to get anywhere close to the politicians. But reporters from the Cleveland Advocate, a division of the Houston Chronicle, did. According to the newspaper, the politicians were well aware of Indivisible's presence.

Inside the center, the protesters did not go unnoticed by Cruz and Patrick as they referenced them in their comments to the crowd. Cruz joked that the easiest way for law enforcement to disperse the protesters was to tell them to get a job if they remained.
After drawing laughs from the crowd, Cruz turned to more serious topics such as two important pieces of legislation he wrote that were signed into law by President Donald Trump.

Cruz and many Republicans continue to insinuate that they believe their own fallacy that those opposing their inhumane and immoral agenda are takers, jobless, and on welfare. They know better but it plays to their base. It is important that just like we sank Mitt Romney with his 47% remark we use Cruz's statement against him during his Senate run in 2018.

All in all, the protests were successful in building the camaraderie that will be necessary for the coming battles on healthcare, tax reform, net neutrality and more. 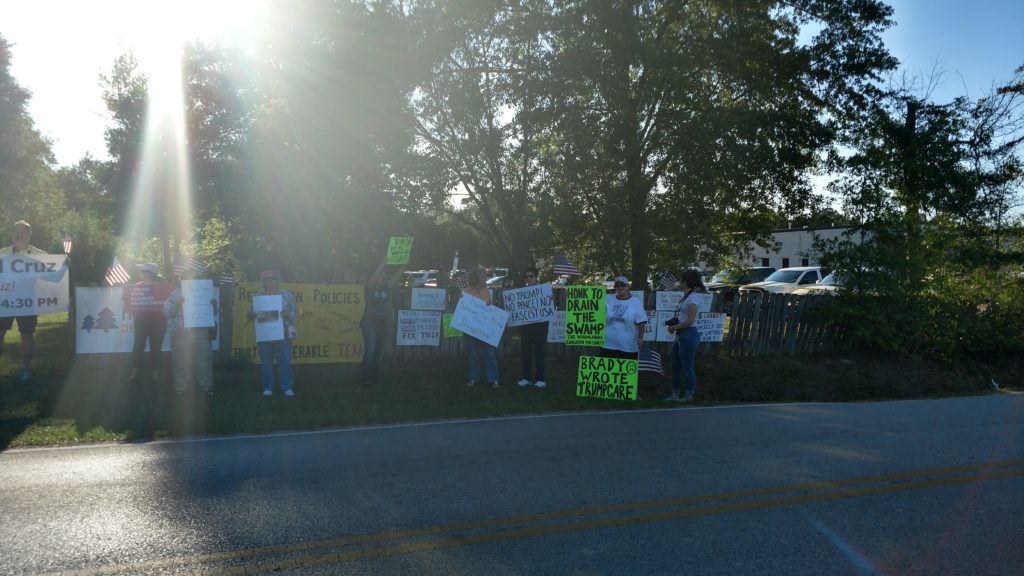 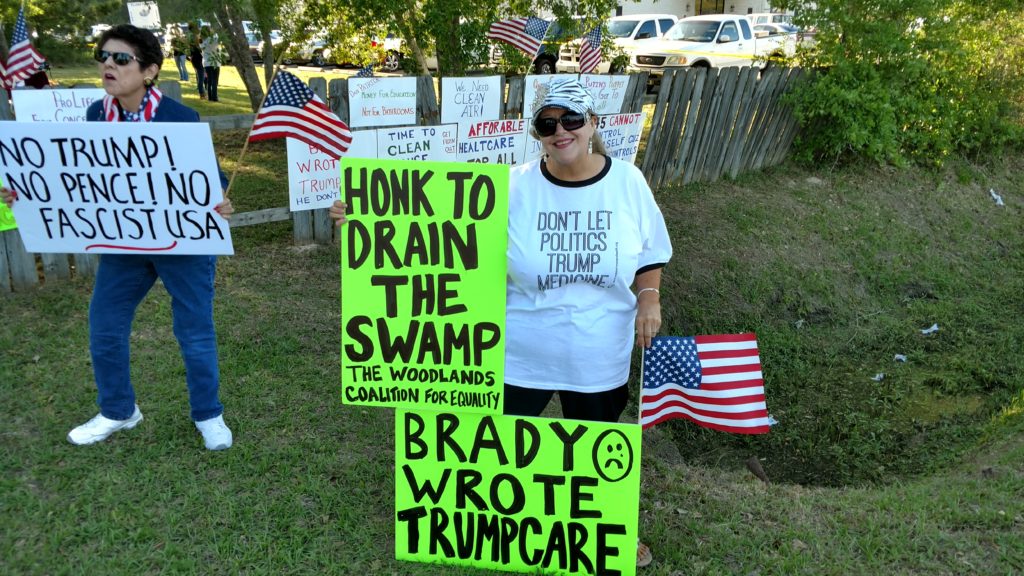 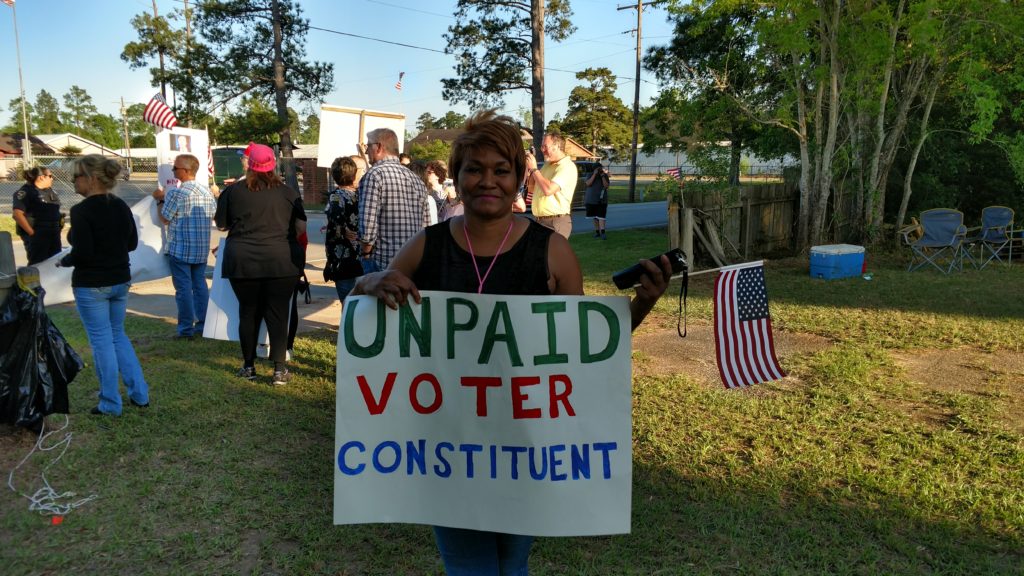 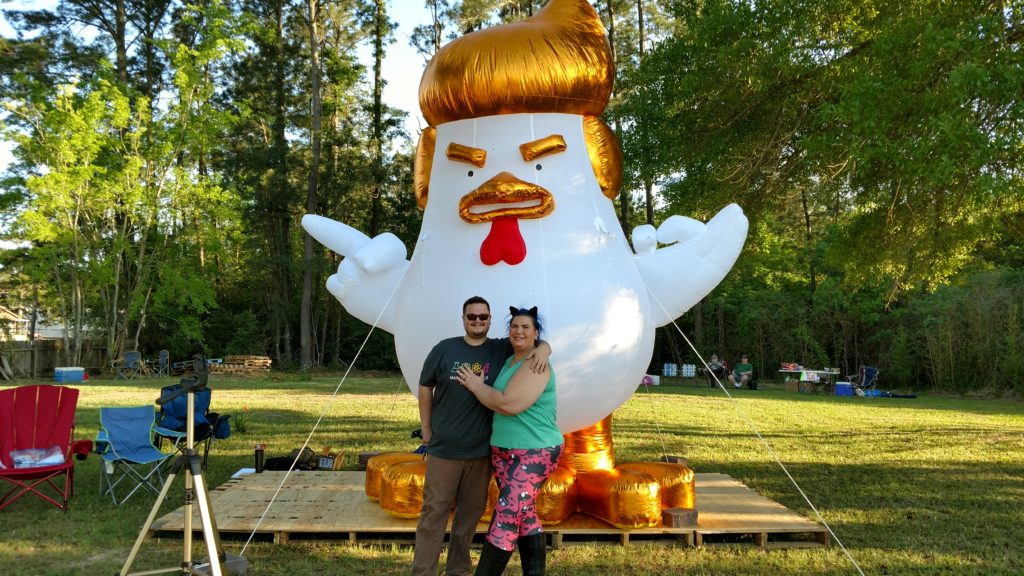