I have made the commitment to reduce my blog posts on topics wherein the mainstream media is hyperventilating excessively at the detriment of important stories that affect working class Americans.

Where is our humanity when one disaster that causes inconvenience gets mitigated in 45 days when one that kills and maims is five years in progress?

This morning I received a note from a reader that touched me. To put it bluntly, it hit me upside the head. Becky wrote the following.

I live in Atlanta. You may have heard of a major bridge being burned down one or two months ago. That bridge is expected to open again on Monday. They had no problem spending millions and pushing this project thru.  It’s been 3 years and Flint Michigan is still without drinkable water. What does that say about what’s possible and our government’s priorities.  I thought I remembered you writing about Flint not long ago or maybe it was the Coffee Party.

Yes, I’ve written several articles on the Flint, Michigan lead poisoning topic. But an update is in fact due. Becky, however, points out a sad reality. The lives of some do not matter while the lives of others do.

The short story is as follows. To save a few dollars, Flint Michigan who was run by an unelected master decided to switch from pure lake water it purchased through Detroit and instead use water from a polluted river that is highly corrosive with a heavy load of fecal bacteria. Soon after that lead started leaching in the water and many times water boils were in effect because of the fecal bacteria. This disaster is occurring in America folks. 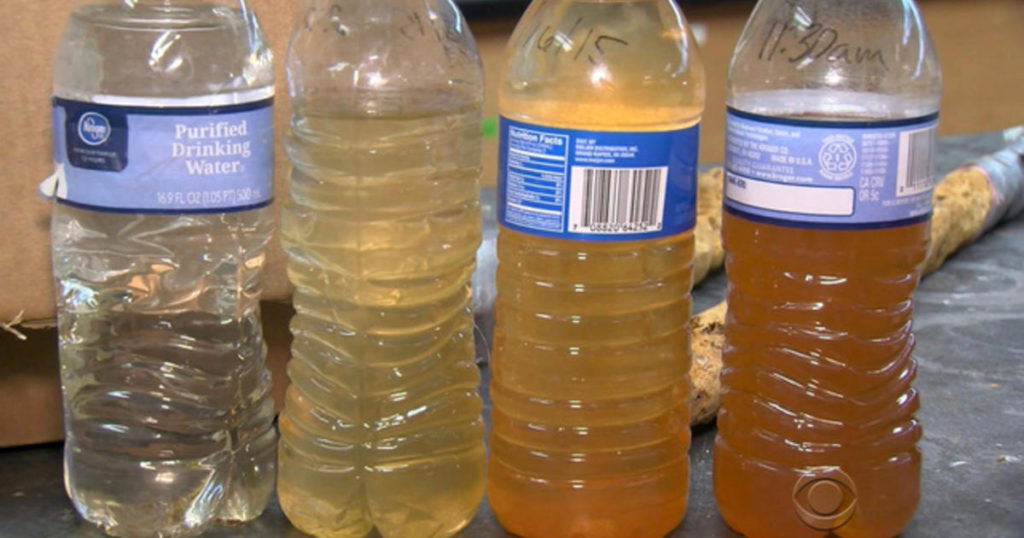 CNN.com did a 5-year chronology of Flint Michigan’s water disaster by a government who poisoned its citizens methodically to save a few dollars. Instead of taxing based on needs they sacrificed the lives and well-being of their citizens. This act should scare us all. Their government’s choices permanently impaired their children. In fact, it likely killed quite a few residents as well. The water was so bad that in 2014 General Motors stopped using the water because it was corroding engine parts.

Why after five years do citizens in a major American city still lack reliable drinking water?  Think about the question for a while.

On March 30th, a bridge on a major thoroughfare, I-85, collapsed because of a massive fire under the bridge. A completely rebuilt bridge is scheduled to open officially on Monday, May 15th.

Construction in overdrive to rebuild something deemed essential

In other words, it only took about forty-five days to get a new bridge designed and built. It is clear that the bridge collapse disrupted the smooth flow of commerce and inconvenienced tens of thousands. The resolve to fix the problem is commendable and illustrates that government can work.

Over 98,000 Flint, Michigan residents are still trying to get a water system that delivers clean water after five years of disruption, inconvenience, death, permanent brain damage, and much more.Atlanta rebuilt a collapsed bridge in 45 days. Is there a question that our government responds when those affected have means and ignores those they think are of lesser value?

These incidents indicate why we must #resist and assert our worth. We must demand what is ours. We all make this society function. Relegating scraps to those we consider expedient must stop. We must make the pain of the aggrieved our pain as well.