Trump is busy taking appeasing a sect within the country that is satisfied with stagnation, the past, old technologies, and entrenched prejudices. While he takes us back to the past, China is busy becoming who we were and who we should aspire to be.

We can blame no one but ourselves for degenerating into a stance of willful ignorance to satisfy a select few solely to maintain some ideological power as China and others progress.

We are losing to China, and we are yet to realize it 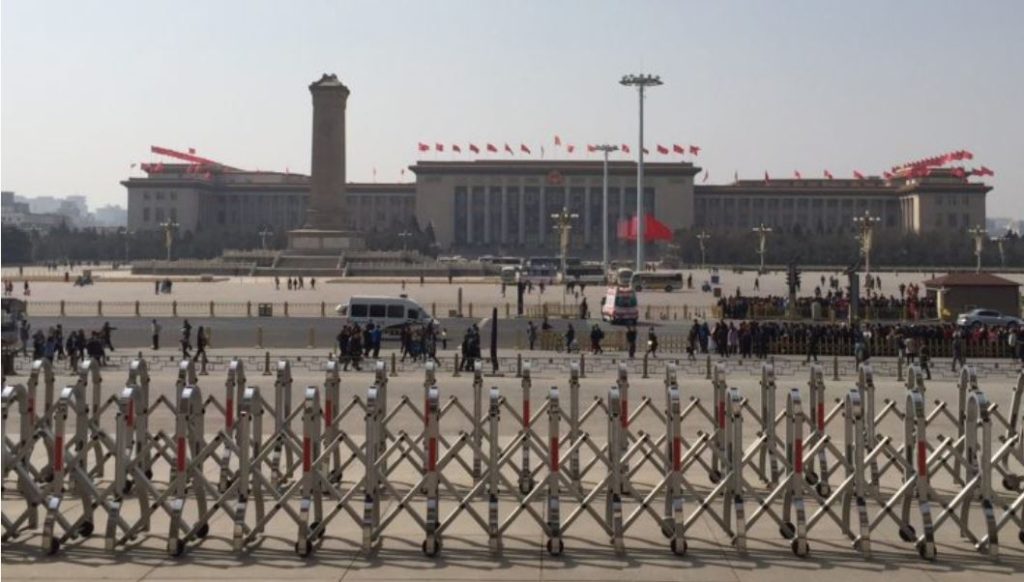 A hostile regime now governs America while China is busy throughout Russia and Latin America making economic deals and raising its profile as a “First World” nation. Instead of investing in the future America is dismantling regulations that saved us from the environmental catastrophe that China is rapidly growing itself out of with green technologies. China is beating the U.S. all over as the U.S. degrade into what China was.

Juan Cole’s article “China’s Green Shift is Positioning it to Overtake US in Energy Technology, Security” points out a reality that should hit Trump’s coal supporting voters hard.

These are astonishing statistics for one of the world’s two largest economies.

China is rapidly creating policies to reduce its dependency on volatile energy sources.

Matthews further makes an important set of arguments about China’s green shift and global power. By generating its own electricity through renewables and by switching in a big way to electric cars, China is preparing for a vast reduction in its imports of hydrocarbons. In turn, that move makes China less vulnerable to hydrocarbon blackmail or blockade and increases its energy security.

And what is the United States doing?

The United States uses about 20 million barrels of petroleum a day. Despite the new production enabled by hydraulic fracturing, its own oil production is about half that. Some oil produced in the US, especially in Alaska and the West, can be more cheaply exported abroad than sent to the East Coast where the demand is. You see pundits and Big Oil propagandists hype US production and US exports, but the fact is that the US still imports nearly half of the oil it needs to run its economy, and some of those imports come from unstable places like Saudi Arabia and Venezuela. On transportation (the major use of petroleum), the US is highly vulnerable.

China putting electric vehicles on the roads by the millions. They are investing heavily in solar and wind energy.

It can leverage its huge size and huge economy to become an invulnerable leader on energy and transportation, permanently replacing Detroit and ExxonMobil.

So what about Trump America?

rump’s America, in contrast, is wallowing in a 20th century hydrocarbon past, fast becoming a polluted, economic and technological dinosaur whose Department of Environmental Protection has been highjacked by a corrupt Oklahoma oilman for the purpose of running the country into the ground while Big Oil wrings every last penny from its pitiful stranded asset.

The question remains, had Donald Trump and his cabal already done irreparable damage to the United States? Relative to countries moving in a progressive direction the answer is clear.