If this is not a severe form of voter suppression then what is. The Supreme Court is codifying a state’s right to discriminate against its citizens on just about any arbitrary reason. Worse the wording from Judge Alito should scare potential voters. 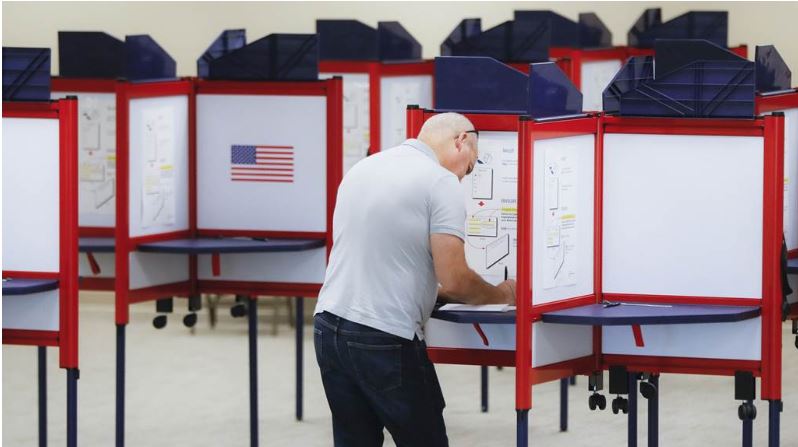 The U.S. Supreme Court gave Ohio a victory Monday in a fight over the state’s method for removing people from the voter rolls.

In a 5-4 ruling, the U.S. Supreme Court gave Ohio a victory Monday in a fight over the state’s method for removing people from the voter rolls, a practice that civil rights groups said discourages minority turnout. At least a dozen other politically conservative states said they would adopt a similar practice if Ohio prevailed, as a way of keeping their voter registration lists accurate and up to date.

Prof. Rick Hasen, an election law expert at the University of California, Irvine, predicted that a win for Ohio would escalate voting wars between the political parties. “You’ll see more red states making it easier to drop people from the voter registration rolls,” he said. …

Justice Samuel Alito, who wrote the majority opinion, said the court’s job was not “to decide whether Ohio’s supplemental process is the ideal method for keeping its voting rolls up to date. The only question before us is whether it violates federal law. It does not.”

Alito’s words should be concerning. In effect, it gives states the ability to purge voters for any arbitrary reason that they can squeak around the Supreme Court weakened Voters Registration Act. The Right is slowing eroding our democracy as they attempt to codify minority rule. A robust registration of voters can mitigate this anti-democratic act. We cannot allow them to use the Supreme Court to stifle Democracy. The people still rule.