“It’s kind of amazing that one of the most naturally talented politicians to emerge in some time also happens to be a highly effective, aggressive, and rather merciless combatant in social media messaging.”
—Glenn Greenwald, The Intercept

By contrast, the Democratic National Committee (DNC)—with midterm elections looming—has a relatively paltry social media presence and is notorious for its horrendous messaging, leading some prominent progressives to suggest that the DNC should immediately hand its accounts over to Ocasio-Cortez, who defeated Rep. Joe Crowley (D-N.Y.) in a landslide upset in June with no establishment support. 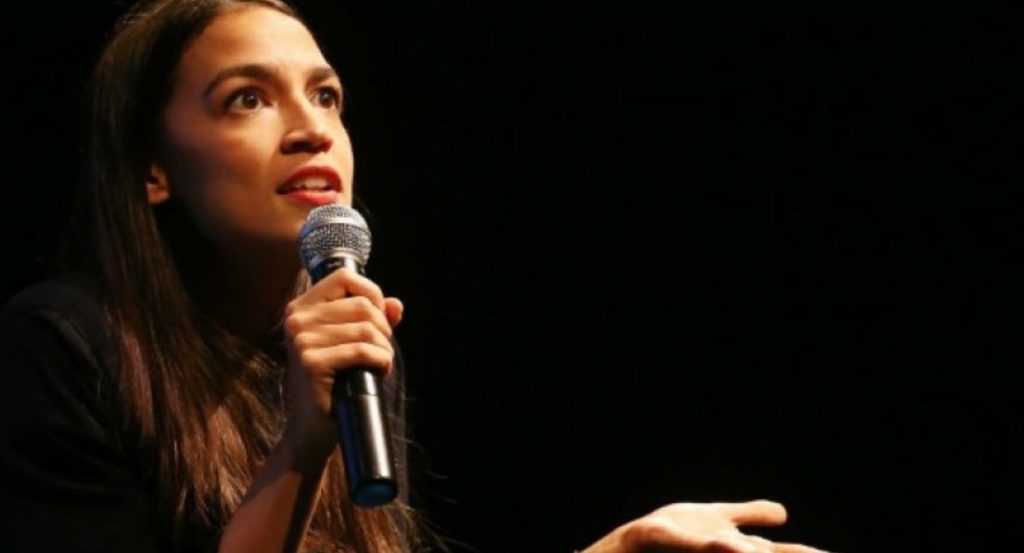 – Hundreds of thousands of soldiers to the US military
– Nat’l supply of hospital IV bags & medical supplies
– Historically, sugar, coffee, crops
– A strategic port in the Atlantic

& Importantly for the 1%, one of the biggest loophole tax havens for the super-rich. pic.twitter.com/aFglkE3nBA

It is revealing that this question:

a) comes from quite the colonial mindset of “what value is this territory providing us anyway?” (Do we ask that about Appalachia, etc?)

In response to Ocasio-Cortez’s series of tweets, The Intercept‘s Glenn Greenwald on Friday echoed Huffington Post writer Ashley Feinberg, who suggested last week that the DNC would be “insane” not to give Ocasio-Cortez full control of its Twitter account.

“It’s kind of amazing that one of the most naturally talented politicians to emerge in some time also happens to be a highly effective, aggressive, and rather merciless combatant in social media messaging,” Greenwald wrote Friday. “As Ashley Feinberg said, the DNC should just turn over its accounts to her.”

Since her victory in June, Ocasio-Cortez has been the frequent target of hysterical attacks by Fox News and other right-wing outlets, which have often resorted to bizarre smears and outright red-baiting. But because of her clear policy positions and ability to respond sharply to the right-wing onslaught, these attacks have almost always backfired.

One prominent example was Fox News host Sean Hannity’s attempted attack on Ocasio-Cortez’s agenda that inadvertently turned into a free advertisement for her ambitious platform.

One reason the DNC may ultimately prove reluctant to heed calls to hand over its social media accounts to Ocasio-Cortez is because the young congressional candidate has not hesitated to use social media to call out the Democratic establishment as well as the Republican Party.

After Senate Democrats voted unanimously to approve a $17 billion increase in military spending earlier this week—an increase that only Sen. Bernie Sanders (I-Vt.) and six Republicans voted against—Ocasio-Cortez mockingly responded, “But how do you pay for it?”

This response echoes a question that both centrist Democrats and right-wing pundits often level at those pushing for policies that—unlike massive hikes in military spending—would actually benefit the majority of Americans, like Medicare for All.

As Common Dreams reported earlier this month, the Democratic leadership is already indicating that they will revive the fiscally conservative pay-go rule, which would preemptively hamstring Ocasio-Cortez’s policy agenda.

“But how do you pay for it” https://t.co/njddoqlPKT

Ever notice how the “how do you pay for it” argument is selectively employed against working class benefits?

FT: “For those who make politically motivated forecasts of doom for US fiscal health, it may be their own credibility that ends up paying a price.”https://t.co/UW8qH1tld5

In July, Ocasio-Cortez was also quick to debunk Sen. Tammy Duckworth’s (D-Ill.) claim that left-wing politics can’t win in the Midwest—an assertion that has been repeated by House Minority Leader Nancy Pelosi (D-Calif.).

“With respect to the senator, strong, clear advocacy for working class Americans isn’t just for the Bronx,” Ocasio-Cortez wrote on Twitter.

With respect to the Senator, strong, clear advocacy for working class Americans isn’t just for the Bronx.

We then lost several of those states in the general. What’s the plan to prevent a repeat? https://t.co/99K08qr7SH

This article was first posted at Common Dreams.