It is clear that Sherrod Brown does not get it. I understand what he is doing but he is being shortsighted, lazy, and will give the semblance of being owned. He knows the corporations are pilfering his constituents. Why not invest in helping them understand what he knows from the inside.

If one wonders why the new crop of Progressives, not financed by the corporate structure, is appealing; This is exhibit 1. Shame on Sherrod Brown. As Mayor Bill De Blasio send on Bill Maher last night, “Centrists need not apply.” They have done enough damage to the poor and middle-class by appeasing the Right (and profiting). 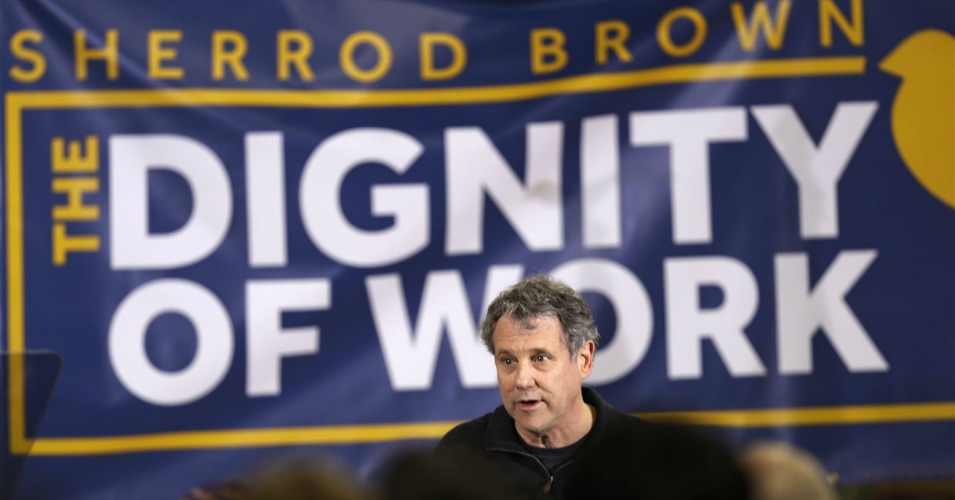 While not a 2020 presidential candidate yet, Sen. Sherrod Brown (D-Ohio) broke from the pack of announced and expected Democrats on Friday by coming out against Medicare for All—characterizing a system that would cover everybody and leave nobody as not “practical”—and was greeted by a widespread reaction of “Thank you, Next” and “Adios” from progressives no longer willing to entertain half-measures when it comes to solving the nation’s healthcare crisis or bolstering the private insurance industry.

“I know most of the Democratic primary candidates are all talking about Medicare for all. I think instead we should do Medicare at 55,” Brown said during a question and answer session at the Chamber of Commerce in Clear Lake, Iowa. Brown said that reducing the age or letting people over 55 buy into the existing Medicare system early would have a better chance of getting through Congress.

“I’m not going to come and make a lot of promises like President Trump did … I’m going to talk about what’s practical and what we can make happen. And if that makes me different from the other candidates so be it,” Brown said.

Source: Sherrod Brown: Medicare for All Not ‘Practical.’ Progressives: ‘OK. Thank You, Next.’