Sadly willful poor reporting by a media beholding to the military industrial complex and neo-liberals are ensuring Americans are completely misinformed about Venezuela. I was born and lived during my formative years in this part of the world and understand the dynamics. You cannot fly down there with all the accumulated biases we get in America and think one can report accurately.

The type of reporting relative to countries we malign on bad pretenses hurts us in the long run. We never seem to look at the real genesis of the problems.

I have written and reblogged many stories about Venezuela and taken a lot of flak at times for them. I’ve attempted to use my Politics Done Right show to highlight the real Venezuela narrative.

Greg Palast’s reporting is as accurate as it gets. But we would never one to touch the issue as he did. It hits too close to home. Worse, Venezuela is our future and unfettered Capitalism will be the culprit if we do not turn the juggernaut.

In Venezuela, White Supremacy is a Key to Trump’s Coup – Greg Palast 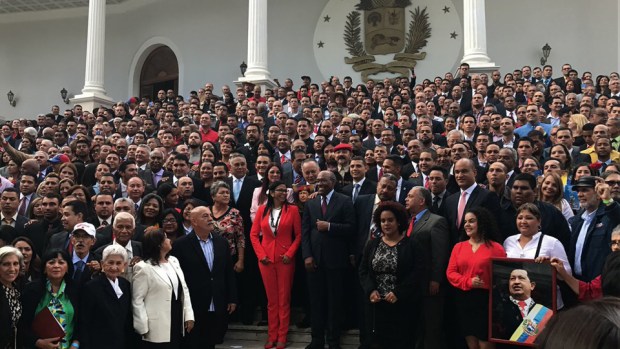 This is the story of Venezuela in black and white, the story not told in The New York Times nor the rest of our establishment media. This year’s so-called popular uprising is, at its heart, a furious backlash of the whiter (and wealthier) Venezuelans against their replacement by the larger Mestizo (mixed-race) poor.

Four centuries of white supremacy in Venezuela by those who identify their ancestors as European came to an end with the 1998 election of Hugo Chavez who won with the overwhelming support of the Mestizo majority. This turn away from white supremacy continues under Maduro, Chavez’ chosen successor.

In my interviews with Chavez for BBC beginning in 2002, he talked with humor about the fury of a white ruling class finding itself displaced by dark-skinned man who was so visibly “Negro e Indio,” a label he wore loudly and proudly.

Why did the poor love Chavez? (And love is not too strong a word.) As even the US CIA’s surprisingly honest Fact Book states:

“Social investment in Venezuela during the Chavez administration reduced poverty from nearly 50% in 1999 to about 27% in 2011, increased school enrollment, substantially decreased infant and child mortality, and improved access to potable water and sanitation through social investment.”

What should be added is that, even more than the USA, race and poverty are linked.

But just as Maduro took office in 2013, the price of oil began its collapse, and the vast social programs that oil paid for were now paid for by borrowing money and printing it, causing wild inflation. The economic slide is now made impossibly worse by what the UN rapporteur for Venezuela compared to “medieval sieges.” The Trump administration  cut off Venezuela from the oil sale proceeds from its biggest customer, the USA.

Source: In Venezuela, White Supremacy is a Key to Trump’s Coup – Greg Palast