I will continue to post these types of stories tagged under my Trump Effect moniker. You know why? Too many people believe complaints by people of color about undue mistreatment outside their purvue is either not understood, nor do they acknowledge the severity. 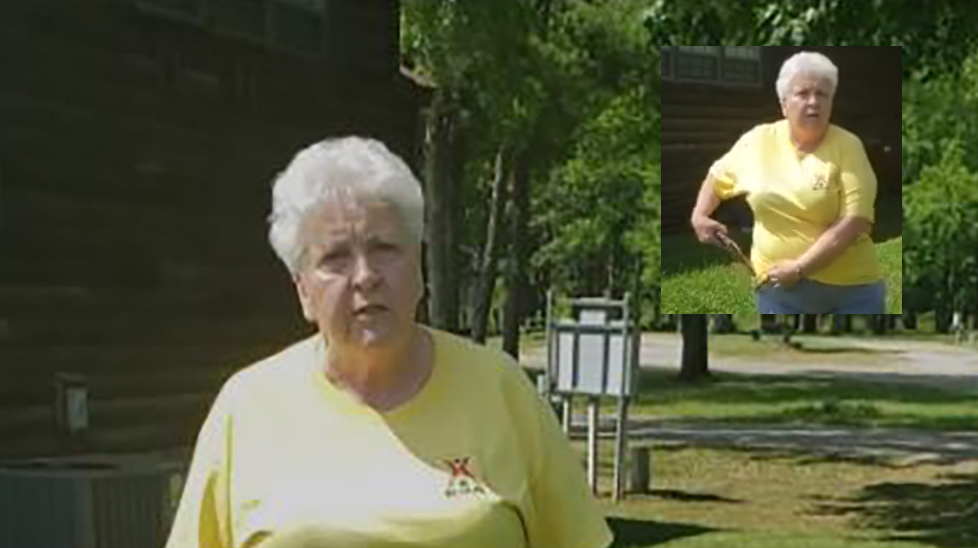 Another day, another horrifying video going viral on Twitter and Facebook. This video was shot at a Kampgrounds of America property in Starkville, Mississippi, and involves Jessica Richardson and her husband, a black couple who wanted to enjoy Memorial Day weekend in nature; their dog; and a white property manager with a gun telling them to leave.

By the way: Richardson’s husband is an Army National Guard sergeant, and has just returned from a nine-month deployment in the Middle East.

Jessica Richardson, who filmed the interaction, explained that she and her husband wanted to spend the holiday weekend picnicking and hanging out in nature. They chose this Kampgrounds of America location because it was a close drive. Makes sense.

Upon arrival, the couple says, they asked at reception if they needed to stay at the campsite in order to access the lake. They say they were told lake access wasn’t for guests only. Awesome! All should have been well.

According to Richardson, however, things took a seriously scary turn when they actually started walking toward the lake. An elderly white woman, who was wearing a Kampgrounds of America T-shirt, reportedly pulled up beside the couple in her truck and told them to leave after hearing they didn’t have a reservation.

First of all, that’s confusing and contradictory to what they’d just been told. But the scary part? She had a gun out while she said this and approached them. The video, embedded below, is from Jessica’s Facebook.

Too many incidents like these do not end well. And then the jury generally accepts the perpetrator’s excuse of fear more often than not. Just recently, a black young man likely came inches away from being murdered by what appeared to be a police officer inching for a kill. The young man had both hands out the Windows for the cop to see. The officer then told him to put the car in park at the same time he is saying the young man had a gun for the recorder.

For many of us this could be some scary times.