These are the types of innovations that we will need to make to change our cuisine going forward. With a growing world population that many believe is unsustainable without current meaty diets, our technology will be our saving grace.

Many make fun of proposed policies like the Green New Deal. They complain that implemented it will change their habits. Firstly, it is not true that it does anything forcibly but it intentionally makes it preferable to change. Secondly, the human diet is very different than it was thousands of years ago because of economies, locale, and climate. A change to a more sustainable food selection and sourcing would be no different. 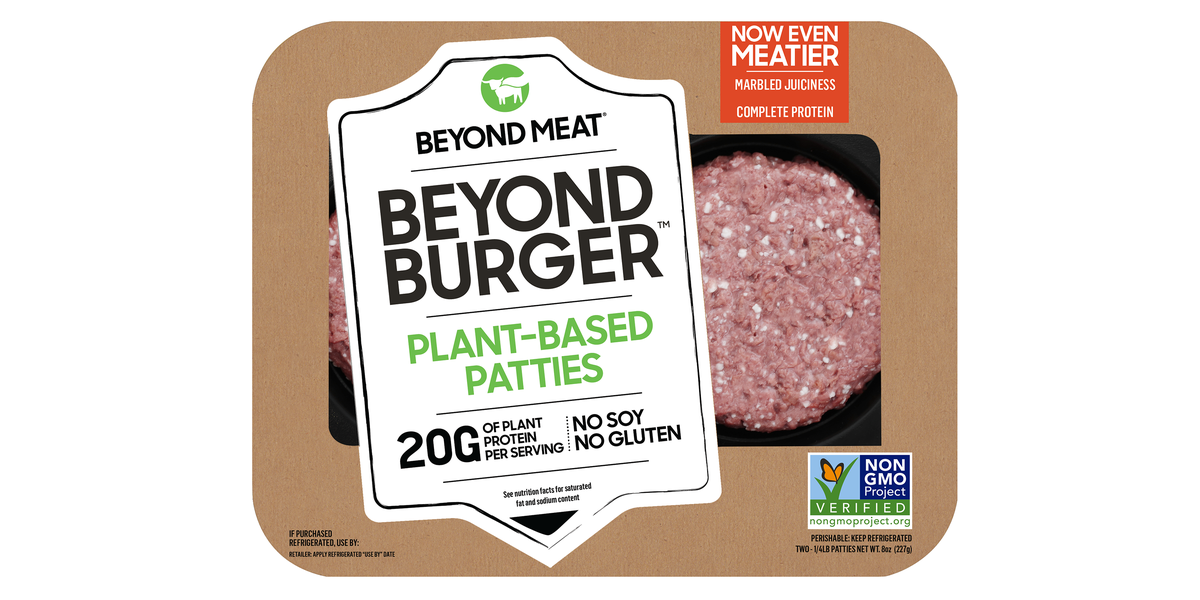 There’s a new Beyond Burger hitting supermarket shelves — one that the company promises is “even meatier.”

It’s the latest product offering from Beyond Meat, the fast-growing producer of plant-based meat products that are meant to taste just like meat and provide consumers with a more sustainable, animal-friendly alternative.

The new burgers arrive in grocery stores starting this week, and will be available nationwide by the end of June. There are three major changes between the current burgers, which first came out in 2016, and the updated Beyond Burger.

First, the new burger starts out red and changes colors (to brown) as it cooks, thanks to an extract from apples. This doesn’t affect the flavor much, but presentation still makes a big difference to consumers.

Second, Beyond Meat has changed up the ingredients to make the burger a more complete protein source — the new recipe uses a “blend of pea, mung bean and rice proteins,” a company spokesperson told me in an email. The mung bean and rice proteins are a new addition, aimed at giving the product more fiber and making its protein content more similar to that of a beef burger.

Third — and most notable from the package — Beyond Meat has added “marbling,” or those pockets of fat that are often credited for meat’s juiciness and flavor.