It seems the Democratic Party Establishment’s nightmare may come to fruition. Bernie Sanders may win Super Tuesday as he is in solid lead in both Texas and California.

From the Texas Tribune: 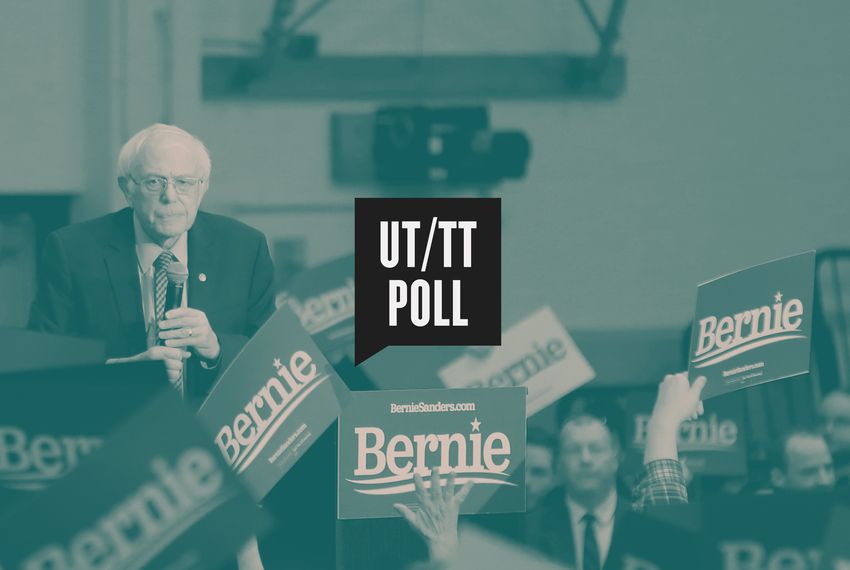 U.S. Sen. Bernie Sanders has doubled his support among Democratic voters in Texas and now leads the race for that party’s presidential nomination in Texas, according to the latest University of Texas/Texas Tribune Poll.

Sanders had the support of 24% of the self-identified Democratic primary voters in the poll, up from 12% in October. Sanders passed both former Vice President Joe Biden and U.S. Sen. Elizabeth Warren, the two leaders in the October 2019 UT/TT Poll. Early voting in the Texas primaries starts on Tuesday; election day — Super Tuesday — is March 3.

As of Now, Bernie Sanders Appears to Be the Frontrunner in the California Primary

The primary season has officially entered crunch time. Up next are Nevada (February 22) and South Carolina (February 29)–and then it’s Super Tuesday, with 1,344 delegates up for grabs, including the 415 that will be decided by the California primary. How will voters here swing?

As of today, prognostication specialists FiveThirtyEight are forecasting a win for Senator Bernie Sanders. Their data, which aggregates published poll numbers, gives him a 64 percent chance of placing first, carrying a predicted 31 percent of the votes in the state. That would entitle him to 187 pledged delegates.

Now all the pundits are on TV trying to tell Americans that Bernie Sanders can’t beat Donald Trump. Really? These guys prove how little they know. They also claimed Donald Trump would never become the Republican Party nominee let alone President. Folks, vote for the candidate that will bring you the policies to make your life better.