When business is great, read socking it to the customer, corporations love to sing the supply & demand song as if it is a religion. But the reality is that we have an economic system where we have given them absolute power in which they are allowed the whatever-the-market-will-bear moniker to reign irrespective of how it hurts people.

Oil companies when demand is high have no restrictions on how much they charge the consumer. They take your money because they can. Even as that janitor, garbage collector, nurse, daycare worker, and many others’ budgets are strained they do not care. Nor do they give back rebates for their windfall.

The thing is, they have not even been good stewards of their windfall. They redistribute their windfall to shareholders, high paid executive bonuses, as even their employees are denied good medical coverage and a healthy working environment.

Now that people are home because of a pandemic, they want two things that they are channeling through our irresponsible commander-in-chief. They want stimulus money and they want people to go back to work prematurely risking their lives to refill their coffers.

If one wants to see how much money there is in oil and the pilfer on consumers just remember the volume we use and the EBITDA of these companies.

Oil companies deserve no assistance. When have they supported policies to make the lives of Americans better? In fact, one finds them to be anathema to most because it hits their massive profits. Assist Americans and let them vote for the companies that they want via where they spend it. And if the oil companies balk, nationalize them. 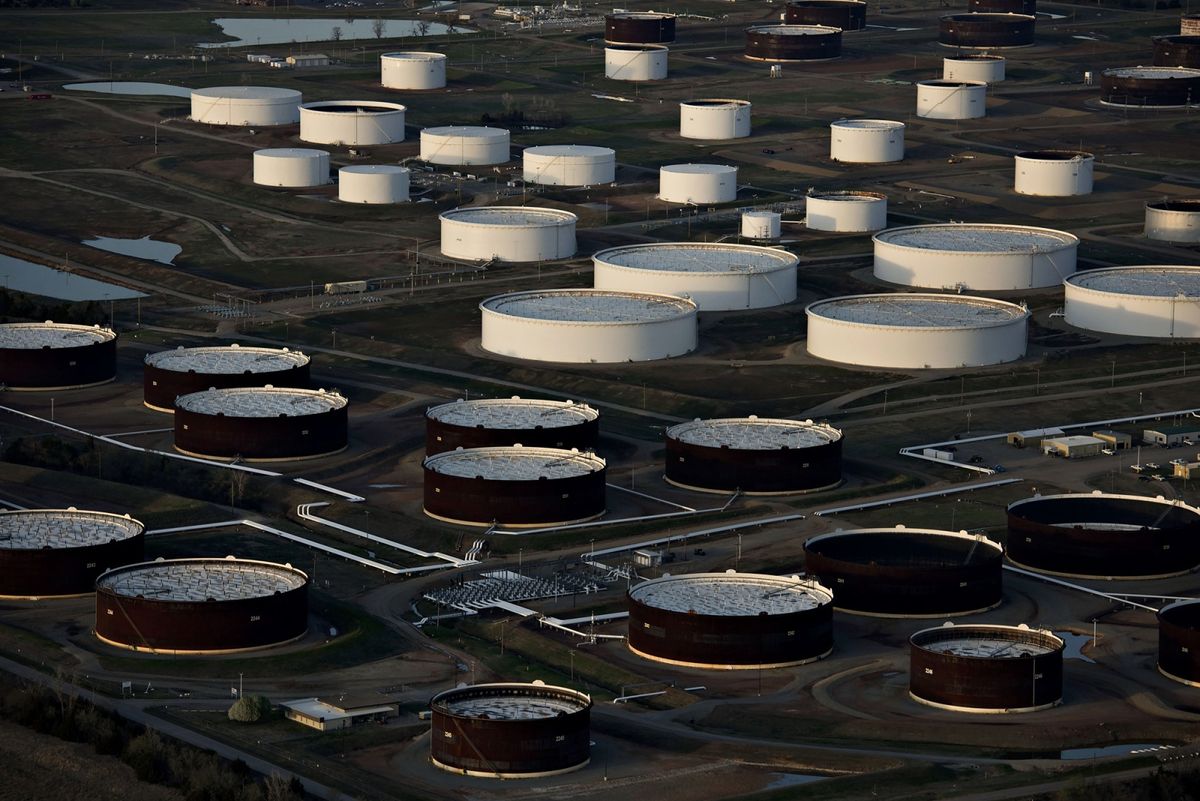 Oil suffered its biggest one-day price plunge in the modern era, at one point crashing about 40% to below $11 a barrel as traders contended with an historic glut.

Despite OPEC+’s unprecedented output deal agreed a week ago, the oil market remains massively oversupplied as the lockdowns to fight the spread of the coronavirus reduce global crude demand by about a third. Storage tanks across the globe are rapidly filling, including at the key U.S. hub in Oklahoma.

“There is no limit to the downside to prices when inventories and pipelines are full,” tweeted Pierre Andurand, the head of the eponymous oil hedge fund. “Negative prices are possible,” he added.

Source: Oil Plunges by Record to Below $11 With Storage Rapidly Filling – Bloomberg