I generally do not write this way but today I must because it is the most civil I can be given these direst circumstances. Waycross District Attorney George Barnhill is several levels below a thug with a legal badge. Guys like him have the state's power to destroy lives and they do it in the Ahmaud Arbery and Olivia Pearson cases clearly on racial grounds. 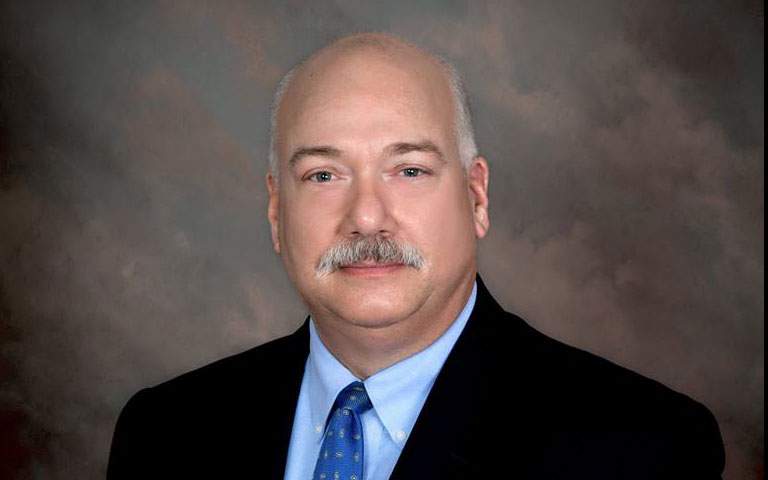 Well-shaving, a suit, and tie do not change who this man is, what he has done, and what he represents. George Barnhill did not believe that a white gang hunting an innocent black man, Ahmaud Arbery, herding him, then violently killing him merited a murder charge by the perpetrators.#IRunWith

BRUNSWICK, Ga. – The shooting death of 25-year-old Ahmaud Arbery has been passed through three district attorneys in the two and a half months since the man was shot and killed while jogging through a Glynn County neighborhood the afternoon of Feb. 23.

Brunswick District Attorney Jackie Johnson recused herself because one of the men seen in the video of the fatal shooting pointing a gun at Arbery, Greg McMichael, is a retired investigator from her office.

His son, Travis McMichael, is the alleged shooter.

Next, the case was assigned to Waycross District Attorney George Barnhill, who wrote, “The autopsy supports the initial opinion we gave you on February 24th, 2020 at the briefing room in the Glynn County Police Department after reviewing the evidence you had at that time. We do not see grounds for an arrest of any of the three parties.”

In the letter to Glynn County Police Capt. Tom Jump, Barnhill went on to go point-by-point why he felt Greg and Travis McMichael did not commit a crime in fatally shooting Arbery.

“It appears Travis McMichael, Greg McMichael and William Bryan were following in “hot pursuit of a burglary suspect with solid first-hand probable cause,” Barnhill wrote. “Arbery initiated the fight. ... At that point, Arbery grabbed the shotgun (that Travis McMichael was holding). Under Georgia law, McMichael was allowed to use deadly force to protect himself.”

Ironically, this is the same DA that prosecuted Olivia Pearson, a black woman city commissioner on a charge that would carry up to fifteen years in jail for helping another black woman who did not know how to use the voting machine. Had it not been for a sole hold out, a young black woman jurist, which forced a mistrial,  she would be convicted on a felony charge. She was acquitted in subsequent trial after it garnered more attention.

Barnhill’s role in the Arbery shooting is his first real brush with national scrutiny. But I recalled Barnhill from an assignment in 2017, when he was doggedly pursuing Olivia Pearson on charges of felony voter fraud. Pearson, a 58-year-old black activist and city commissioner in the South Georgia town of Douglas, stood accused of improperly helping a woman vote—showing a young, first-time, black voter how to use a voting machine when she didn’t know how—in October 2012. ...

Barnhill’s prosecution of Pearson was part of a larger campaign by then-Secretary of State (and now Governor) Brian Kemp, Georgia’s top elections official, to make vigilance against voter fraud a priority. I was alerted to the case while reporting on voter suppression efforts heading into the 2016 presidential election. Voting rights groups flagged Barnhill’s prosecution as part of an obvious and well-orchestrated attempt to intimidate black voters. After all, Pearson was accused of simply showing a young woman how to use a voting machine, not of influencing her vote.

It was an especially uncommon prosecution: At the time, only 10 of the 154 illegal voter assistance investigations in the previous three years in Georgia had been referred to a prosecutor. Most were closed without a ruling or dismissed. But Barnhill’s office was relentless in pursuing what they saw as an important case, and Pearson’s prosecution spanned two trials and two years.

I covered Pearson’s first trial in April 2017. It ended in a mistrial due to a 29-year-old black female juror named Lenecia Armour, the only juror to stand between Pearson and a felony conviction and a possible 15-year prison sentence. “It was torture,” Armour said at the time of disagreeing with the rest of the jury.

“I still have days when that wears on me,” Pearson told me this week. “Because I think about—what if that young juror had given in to their pressure, you know?”

Barnhill’s office quickly re-filed the case and the second trial was held in February 2018. This time, Pearson’s prosecution had earned more attention around the state and a number of local voters’ rights groups helped with her defense. That case ended with much less drama; Pearson was acquitted of all charges after less than 30 minutes of jury deliberations.

“Ms. Pearson did absolutely nothing wrong and her life was in turmoil for years because DA Barnhill would not back down,” Sara Totonchi, executive director of the Southern Center for Human Rights, said earlier this week. “This old tactic of Southern oppression sent palpable waves of fear throughout her community.”

I am pleasantly surprised that the #IRunWithMaud hashtag is getting the support it is on the internet. It shows the story is getting the penetration it merits.

But I have one issue. As I watched the protests in Georgia, I would have hoped to see many white people and those of other "races" showing solidarity that this was a murder against a human-being that draws the ire and disdain of all.

George Barnhill must be disbarred. Most importantly he must be sued and made to pay for the grief he has put too many through.