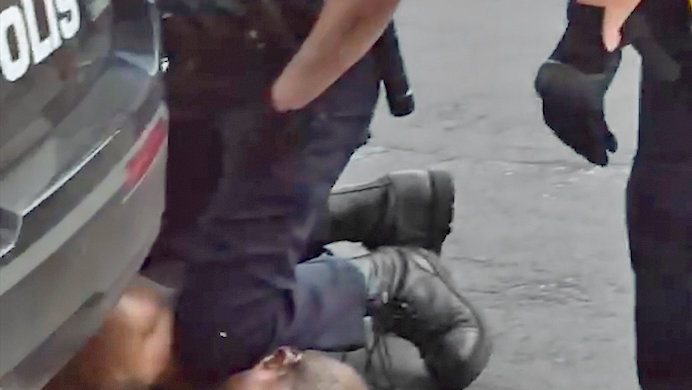 The officer who pinned George Floyd is in custody.

The former police officer who was seen on video using his knee to pin down George Floyd, a black man who later died, has been taken into custody, the authorities announced on Friday, after days of protest escalated with the burning of a police station in Minneapolis overnight.

The officer, Derek Chauvin, who is white, was taken into custody by the Minnesota Bureau of Apprehension on Friday, John Harrington, the commissioner of the Minnesota Department of Public Safety, said at a brief news conference.

He said he did not have information about charges.

The arrest came shortly after Gov. Tim Walz of Minnesota called for order in the streets of Minneapolis “so we can restore justice,” after a night of escalating chaos in which protesters set fire to a police station, the National Guard was deployed and President Trump threatened violence against protesters angered over the death of George Floyd, a black man who died in police custody.

Mr. Walz, a Democrat, expressed solidarity with the protesters, but said he wanted to lift up the voices of “those who are expressing rage and danger and those who are demanding justice” and “not those who throw firebombs.”

“I refuse to have it take away the attention from the stain that we need to be working on,” he said. “These are things that have been brewing in this country for 400 years.”

Mr. Floyd, 46, died after pleading “I can’t breathe” while a white police officer pressed his knee into his neck, in an encounter that was captured on video. His death set off days of protests and scattered looting in Minneapolis, as well as a string of protests across the country as demonstrators also spoke out against other recent killings of black men and women.