"Republican" George Will pulled no punches. He expressed it in a manner he is known for. Check out why he is urging Republicans to get rid of their politicians. It is clear he wants a rebirth of the Republican Party.

He is absolutely correct. The brand of Republican leadership we have now accomplished nothing and in the process leaves too many in despair. Their inability to live in reality makes them derelict.

Why does it always seem that Republicans leave the White House with our economy in shambles?  We must not continue with the incompetence.

George Will: There is no such thing as rock bottom for Trump. Assume the worst is yet to come. - The Washington Post 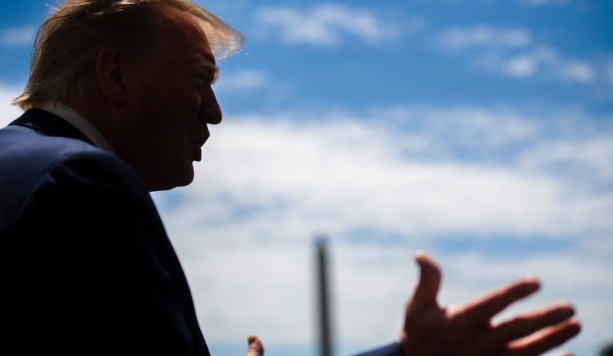 This unraveling presidency began with the Crybaby-in-Chief banging his spoon on his highchair tray to protest a photograph — a photograph — showing that his inauguration crowd the day before had been smaller than the one four years previous. Since then, this weak person’s idea of a strong person, this chest-pounding advertisement of his own gnawing insecurities, this low-rent Lear raging on his Twitter-heath has proven that the phrase malignant buffoon is not an oxymoron.

Presidents, exploiting modern communications technologies and abetted today by journalists preening as the “resistance” — like members of the French Resistance 1940-1944, minus the bravery — can set the tone of American society, which is regrettably soft wax on which presidents leave their marks. The president’s provocations — his coarsening of public discourse that lowers the threshold for acting out by people as mentally crippled as he — do not excuse the violent few. They must be punished. He must be removed. ...

In life’s unforgiving arithmetic, we are the sum of our choices. Congressional Republicans have made theirs for more than 1,200 days. We cannot know all the measures necessary to restore the nation’s domestic health and international standing, but we know the first step: Senate Republicans must be routed, as condign punishment for their Vichyite collaboration, leaving the Republican remnant to wonder: Was it sensible to sacrifice dignity, such as it ever was, and to shed principles, if convictions so easily jettisoned could be dignified as principles, for . . . what? Praying people should pray, and all others should hope: May I never crave anything as much as these people crave membership in the world’s most risible deliberative body.

Source: George Will: There is no such thing as rock bottom for Trump. Assume the worst is yet to come. - The Washington Post