Why is Mitt Romney marching in Washington DC and chant the GOP’s forbidden phrase, ‘Black Lives Matter?’ I think the answer is clear.

Romney either expects Trump to implode in which case he will likely be chosen by the Republican Party to run against Biden. Remember his niece is RNC chair.

This stunt gives him further distance from the president. He voted to remove the president, he castigated the president for firing the IG, he criticized the president for violently clearing protesters, said he won’t support Trump in 2020, and he has recently spoken out against the president as the generals castigate Trump. The sum total of these stunts, his faux statesmanship, and his age would make him a formidable opponent to Biden.

Mitt Romney is likely playing the long game. More importantly, he is keeping himself primed to step into the short game if necessary. 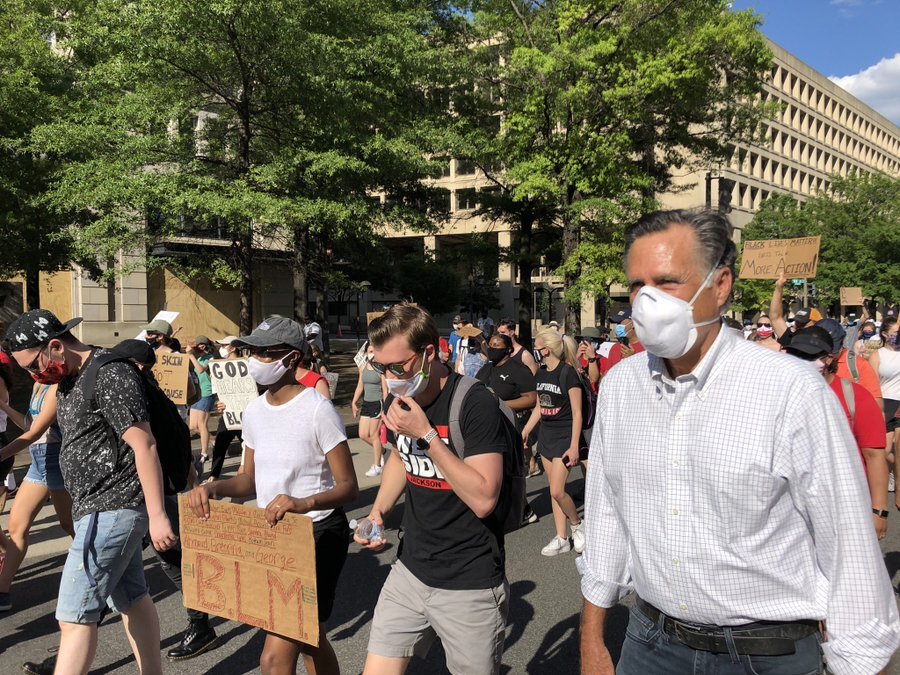 That’s it folks, embrace the Rapture and Lizard Overlords and get your best winter coat ‘cause End Times are here:

Mitt Romney, marching down Penn Ave towards the White House, with about 1000 mostly evangelical protesters. They’re chanting “black lives matter!” and singing “This little light of mine” ⁦@MittRomney⁩ pic.twitter.com/Zj8HHpBDoX

Now I will admit I have always had a slight fondness for Mitt ever since I watched the Netflix documentary, MITT. It was the portrayal of a pampered scion, an elite figure within a religious group, who is constantly struggling with living up to his father’s example while trying to just be your run of the mill entitled rich a-hole.

So when he put up photos recently of his father marching for Civil Rights in the 60s, I wasn’t impressed. We know Mitt is cut from the same cloth as Murkowski — all talk and no action when it comes to standing up to Shakes The Clown. Yes he voted to convict for impeachment, and that’s no small thing. Hell, he was banned from C-PAC for it. You know, the C-PAC that was the COVID Petri dish.