I always told my daughter that she does not get the opportunity to make a mistake or seem to make one. Her white friends will get a pass she won’t. The police are not your friend.

It is the conversation sensible black and other POC parents or mixed couple parents all tell their kids. We value their lives. Temporary humiliation or embarrassment at the hands of the police force that is systemically racist is preferable to death or entering a criminal justice system that is provably racist.

While we smile and conform often to prevent the discomfort of others, that may be complicit in why the American scourge has lasted this long.

It is the reason I was always an ally of Black Lives Matter (BLM), always providing a platform when asked but more often asking to be used as a platform. You see, now many see that BLM’s in-your-face tactics are more effective. It makes people uncomfortable. Those who despise them or won’t engage with their values do not really care deeply that all people have equal human value. Keeping them comfortable just allows their facade to misrepresent who they really are.

If you really care about righting the ship, understand what defunding the police really means. We need to take the power from the police and morph it into a system that keeps all people safe. We the people need to determine a delineation between what needs policing and what new agencies need funding that has nothing to do with policing. 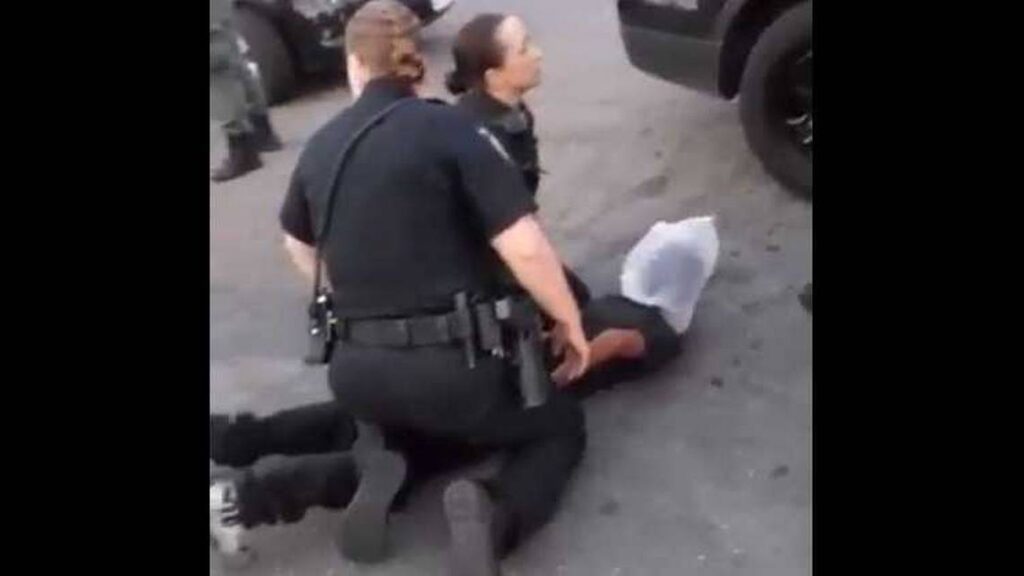 Sacramento police are reviewing an incident in which officers handcuffed a 12-year-old African American boy near a neighborhood carnival, then held him down on a parking lot and placed a spit bag over his face as angry bystanders recorded the events on video.

The incident, which has spread on social media and was posted on Facebook by Black Lives Matter Sacramento, sparked criticism online, including from Sacramento attorney Mark T. Harris, who posted a video of himself with the boy and his family and said “we will not tolerate … our young people being treated in the way this young man was treated.”

“We want to make sure that the greater Sacramento community, the state of California and the world is aware of what happened to this young man, who was doing nothing more than trying to enjoy the benefits of a neighborhood carnival,” Harris said on the video, which carries the logo of the law firm of Ben Crump, a nationally known civil rights attorney.