The racism in this video isn’t just systemic but systemwide. Black families and other POCs have gone through this “lack of privilege” silently for decades. Cell phones mean no more.

Every Black person and POC have seen multiple incidents like these. For those out in the field, it is a daily event. It is not shocking. What is disturbing is when many friends discount these occurrences as being in the head or our response, an overreaction. 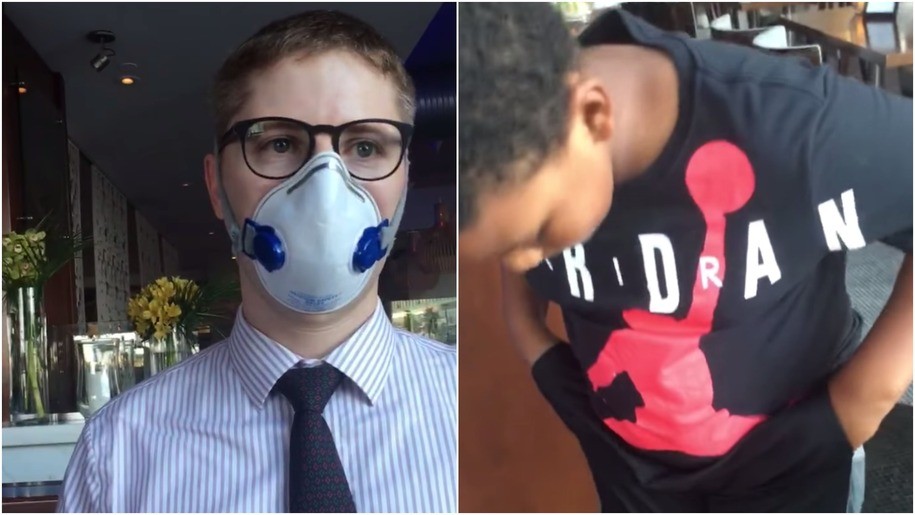 Two Baltimore restaurant managers have parted ways with Atlas Restaurant Group after viral video showed a worker asking a Black woman and her child to leave because the boy was in athletic apparel. Only, that rule apparently didn’t apply to a white boy dressed similarly, the video showed.

“I would love for you to be able to come back and eat here,” one of the managers told the mother, later identified as Marcia Grant. He earlier explained that the company has a dress code that allows tennis shoes but not athletic shorts or T-shirts, all of which the white child could be seen wearing.

Grant shared two videos and photos of her encounter at Ouzo Bay restaurant on Facebook Monday. “I have faced racism time and time again, but it’s hard AF, when you have to see your child (9yo) upset because he knows he’s being treated different that a white child!!!” she said in the post. 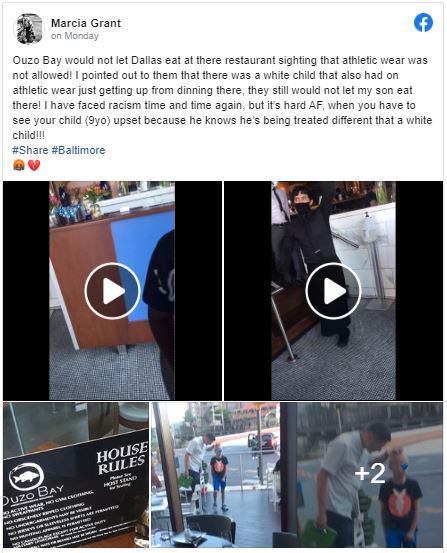 The manager was placed on indefinite leave. 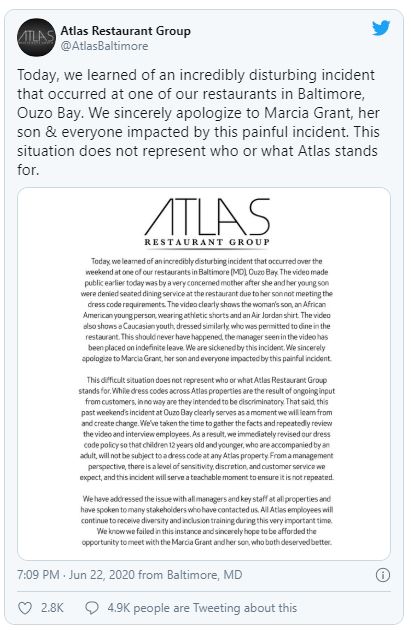 I have a story that I wrote about in a recent blog piece pointing out one of these subtle incidents, what many call racist microaggressions.

Many of my close friends with substantially less melanin at various times have embarrassingly found that out on many of our different outings in many different domains, cycling, partying, restaurants, etc. When they tell me they are sorry for what has occurred I immediately ask why. After all, they are not responsible for those acts. It is the society that we all live in.

But I think I understand and maybe I should have accepted the apology, well at least the first time. Why? Most did not overtly set the record straight in real-time when it would have mattered and may have been sufficiently educative in informing and changing the mindset and behavior of the perpetrators. But it is not fair to ask all to be martyrs when silence is safe for those who are in a sufficiently comfortable zone.

On a 3-day cycling trip to the Hill Country in Texas, 15 or so of us went to dinner after a very long ride. The waitress brought back two bills, one for me and one for the rest of the table. No one overtly noticed. When I had the opportunity to mention it around the campfire a few noticed it but just blew it off. The waitress wanted to make a statement. She wanted me to know that she would find a way to treat me differently from the rest, irrational hate that was taught by a plutocracy to ultimately control us all.

Stress is a killer. Racism for many are stressors and for many other reasons dangerous whether in jobs or in society at large. As some have discovered recently it can be deadly with all watching during daylight.