We have been trying to reform the police for decades. You cannot reform an institution that had its origins in controlling the bodies of some. Reality has shown us that there are two types of policing irrespective of who heads the institution or who is employed by the institution.

How should one imagine defunding the police? It is a matter of responsibly reallocating funds from policing to social programs to prevent encounters with the enforcers of plutocratic order, the cops, which too often unnecessarily end tragically for people of color. POCs and especially black men are more often than not treated inhumanely as one has seen with the constancy of advertised and unadvertised police murders of POCs.

As we remove task after task from the cops, that should not involve police violence, their job is minimized to a very small job of keeping order by engaging the chronic criminals.

If we first take care of humanity, law and order follow. Much of the rest of the world that do not lock up a large percentage of their citizens is probative.

'You broke my wrist!': Black man sobs in pain after Georgia cop takes him down for crime he didn't do 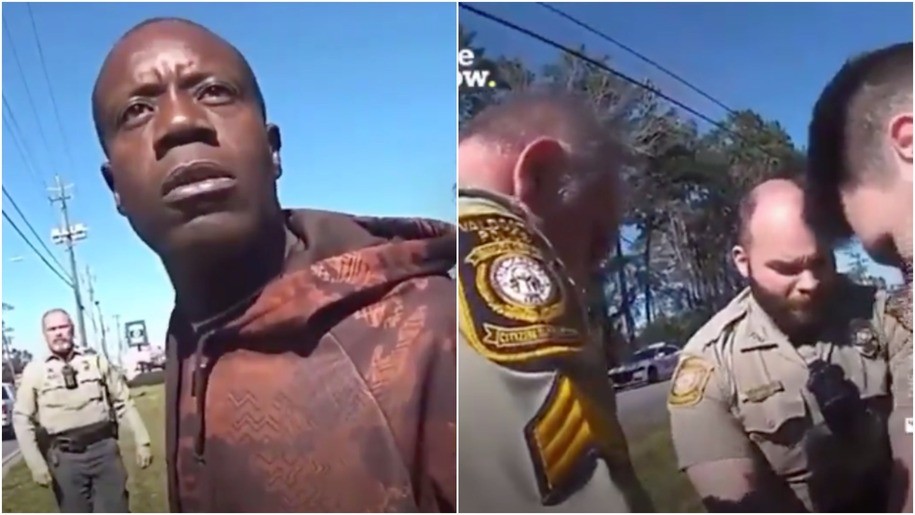 A Black man is accusing a Georgia police department of using excessive force when he was shown on video being grabbed from behind and thrown to the ground by an officer in a takedown the man said broke his wrist. Antonio Smith, the injured man police identified, wasn’t even the suspect officers were looking for, police confirmed on social media Monday after an inquiry from Valdosta Daily Times.

Valdosta police confirmed Monday in a Facebook post that they were informed of a related lawsuit against them Friday. The incident, however, dates back to Feb. 8, 2020, when two officers were dispatched to a Walgreens in South Georgia. They had received a complaint that a man outside the business was "harassing customers, screaming loudly, and asking customers for money," police said in the Facebook post.

While one of the officers questioned a man a customer led them to, the other responding officer approached a man behind the Walgreens and asked for identification. “While (the) first officer was running the identification provided by the subject, it was learned that he had active felony arrest warrants,” police said.

The incident took a violent turn after officers approaching the scene overheard the mention of the warrant on a police dispatch, and one of them apparently didn’t realize two different men were being questioned by police by the time he arrived, police said.

Source: 'You broke my ribs!': Black man sobs in pain after Georgia cop takes him down for crime he didn't do