Another black man is brutalized by the police. It never seems to end. It is systemic and until police remember they are there to serve and that every life is human nothing will change.

That this continues to occur in this climate comes directly from the top. Remember, the president early on advised this type of behavior normalizing it going forward. There are so many reasons why we need a complete house cleaning from the presidency to the police. 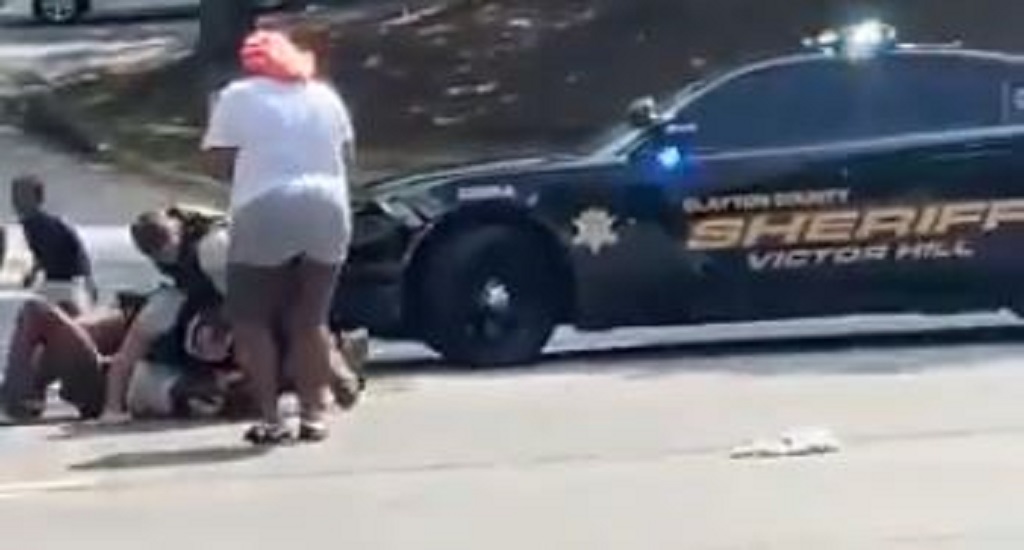 On Friday, the Clayton County Sheriff's Office in Georgia launched an investigation after a viral video started circulating around social media showing two officers tackling a Black man, who was reportedly a passenger in a cab, in front of his children. ...

In an advisory shared by the Clayton County Sheriff's Office after midnight, the sheriff ordered an internal investigation seemingly following the video, and a deputy has been placed on leave as a result. While it does not get into details of the video, it does appear to reference the one in question.

Police in Georgia pull over a Lyft driver then assaults a passenger IN FRONT OF HIS KID for not having ID (another angle) pic.twitter.com/HA9Ri6OUja